Veteran Danish Power Metallers IRON FIRE have released an official video for the title track of forthcoming album Among the Dead. Check it out at the following link:

The album’s first single, “Tornado of Sickness,” is streaming at this location. The single is available from CD Baby and iTunes.

Want to Headbang like it’s 1999? Then Among the Dead should be your obvious choice. The new offering from IRON FIRE is as old school as it gets 16 years into the millennium.  The 90s spawned a lot of power metal classics, and Among the Dead is made in the spirit of those. Albums like Black in Mind (Rage), The Dark Saga (Iced Earth) and Better Than Raw (Helloween) were all blueprints for the making of Among the Dead.

Recorded in Death Island Studio with engineer Marco Angioni and Mixed in Poland’s Hertz Studios, heaviness is guaranteed, along with melodic hooks, blistering guitars and pounding power metal drumming. This is no-bullshit metal from the heart, made by Denmarks finest power metal band! 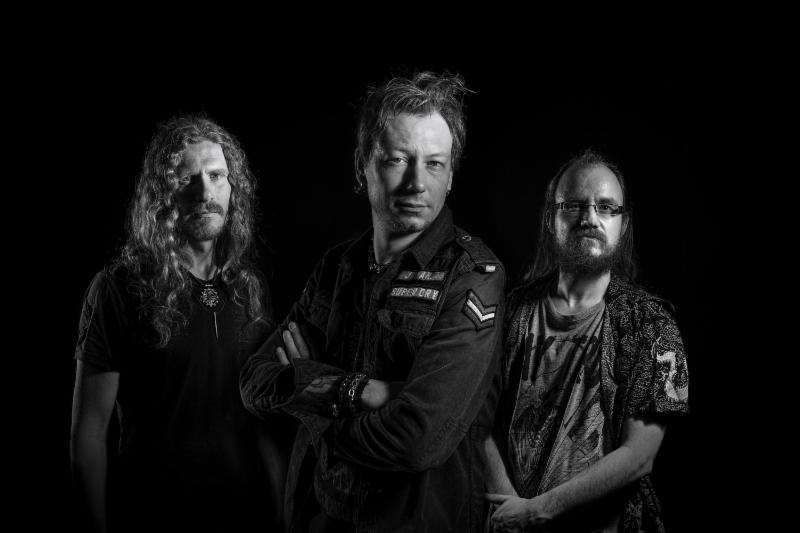 Denmark’s best-selling power metal band Iron Fire is still alive and kicking. Sixteen years ago when a new millennium was entered, the Thunderstorm album struck the world, and is today considered a Danish power metal cult classic. Seven albums later the band still breathes as vibrantly as ever, and although there’s been various line-up changes, founding member Martin Steene and his sidekick Kirk Backarach pushed the boundaries of the band. In addition to Steene and Kirk, another founding member joined the battlefield, as original drummer Gunnar Olsen rejoined the band in 2015 after 15 years of absence. Iron Fire is therefore now a three-piece band that still clings to melodic old school power metal as it was meant to be played. The music however has not remained still, instead evolving over time:From the dark epic “Voyage of the Damned” and the rock n roll influenced “March of the Immortals,” to classic power hymns like “Wings of Rage.” But first and foremost IronFire takes power metal very literally, as the common denominator in the music is, and has always been, power…with a capital P!