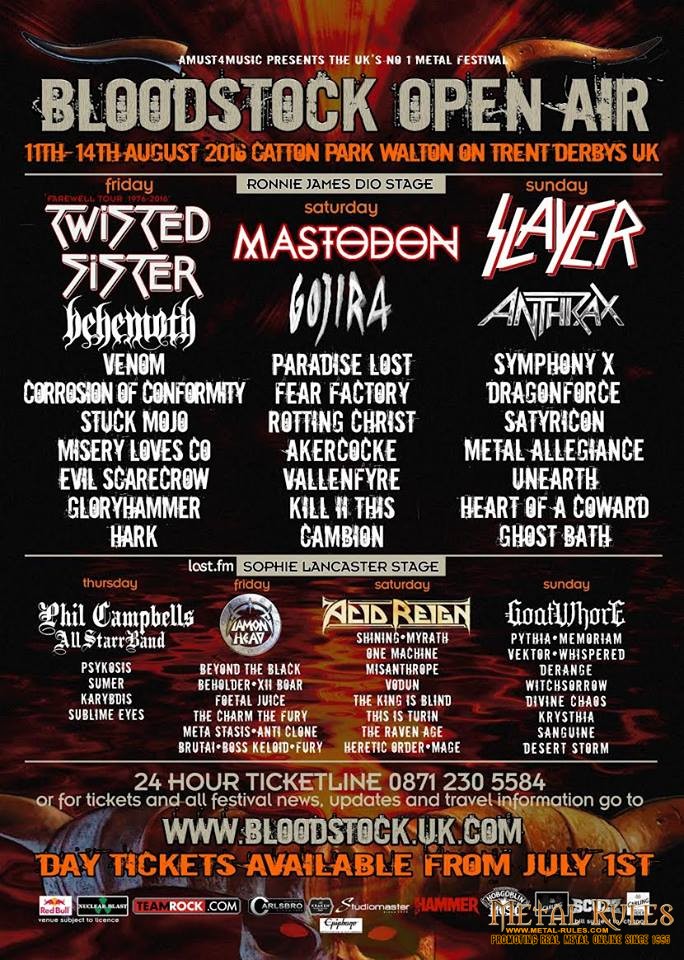 Derbyshire is probably the last place you’d expect to find metal. It’s not one of England’s most famous counties, nor has it built up a reputation for a place of art and culture. But within the south of this quaint midlands county, some of the country’s finest music promoters are at work building the county’s reputation as a haven for metalheads. That’s right, the annual Bloodstock Open Air Festival opened its doors for the 12th time this year to a crowd I can only describe as the biggest I’ve seen in the six years I’ve been attending the festival.

As I travelled forth into the campsite, I could see from the hot sun and cloudless sky that we were in for one hell of a Summer festival!

I sadly missed the first two bands of the weekend but up third of the evening were the Norwegian Progressive act Sumer. The group had recently been nominated for the Progressive Music Award so I could tell the audience were anticipating a good performance.

And what a performance it was. For anyone who likes Cult of Luna or the odd bit of Post Metal and even Djent, this was the band to begin the weekend with. Their soothing and spine tingling twangs and flowing chords bounced off the walls of the tent and the group brought the Sophie Lancaster stage to life, telling me that Bloodstock had arisen from the ashes of its annual sleep once more.

This was a band that pulled no punches and didn’t care what anyone made of them. An excellent new discovery with lots of excellent riffage.

Up next on the bill were the Irish Thrash Metal band Psykosis. One thing people always love to see is a band with a great sense of humour, and here we had a bunch of lads all the way from Dublin who’d played the festival in 2014 and were back to share their love of beer and whisky and songs about silly stories of violence, terror and cartoonish humour.

What a band this was. Each track was a nice gallop into the realms of fantasy with plenty of jokes and fun one liners fuelled by a wide range of boozing and smoking – certainly appropriate to get the party started on a fine Thursday evening.

At the end of the set, the guys were kind enough to hand out samples of their home brewed beer into the audience, which by the look of the crowd was a fine beverage!

They had excellent stage presence, enough humour and fun songs to rival last year’s joke band ArnoCorps, and a tight performance that gave me hope there is still good Thrash out there in the metal world. Fantastic job lads.

After such a great party time with the Irish, it was time for the last band of the evening, something a lot of people were looking forward to, but didn’t quite deliver when the time finally came.

It was a confusing venture, for the band on the bill was Phil Campbell’s All Starr Band, but the banner on the Sophie stage read: Phil Campbell and the Bastard Sons. Either there was a typo error on the festival website or the band had changed their name at the last minute.

Either way, it still didn’t make up for the fairly disappointing performance given by the former Motorhead member’s act. The covers they gave seemed predictable, dull and tried to capture the essence of the classic musicians but the shine just wasn’t there. Here we had a bunch of guys trying to be like everyone hailed as gods, but their holiness was too weak. They were all about Rock N Roll, but the sound definitely didn’t seem to be rocking that night.

So after that fairly anti climatic end to the day I went back to my tent and slept in anticipation for a much better Friday. In all the festival had been a fun entry, now the stakes were high for what stories were to be brought home from the Derbyshire field. 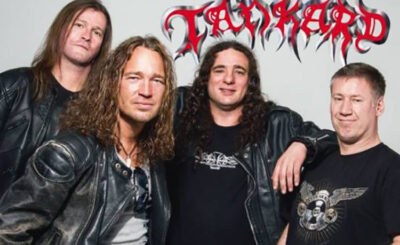