They will be performing their songs along with a ton of other hard rock and heavy metal song with plenty of surprises, making it a night not to be missed. Check out their tour dates and tickets info here ticketspin.com/metal-allegiance.

I was able to catch up with Bumblefoot to talk about his role with Metal Allegiance, the second Art of Anarchy CD due out in June, and risking it all to bring metal music to foreign counties!

Robert Cavuoto: You’re on the road with Metal Allegiance; tell me about how you got involved with this project?

Bumblefoot: I’ve known a lot of the guys for a while and Mike Portnoy asked me if I would like to throw down a solo. He sent me the music and it kicked ass so immediately laid down the lead. It happened as simple as that. It’s usually how simple great thing happens when friends call friends. Then they told me about this mini East Coast Tour from Michigan to New York and I happened to be free so it was perfect timing. I received a list of songs and I would Skype with Alex just to make sure I had the stuff right. It was a blast revisiting all my old favorite Metallica, Maiden, Priest, Motorhead, and Accept songs. I can’t wait to play these songs with the guys. It’s all about being part of something as long as that is something good. It’s about making good music with cool people.

Robert: How does the show work with all of the members performing?

Bumblefoot: The core group is Mike Portnoy, Alex Skolnick and Mark Menghi. Then they trade off with the singers. I’ll come out and do 2/3 of the songs and then Alex will do his thing with the Van Halen songs – the one guitar stuff. It’s just a bunch of friends hanging out and jamming. These guys are so talented they can all hold the stage individual and own it.

Robert: Have you rehearsed together?

Bumblefoot: No, we will see each other for the first time on stage and then play together. They are fine, I’m the one that that they have to worry about. I hope I got all my homework done [laughing]. I have to be ready to play as soon as I plug in.

Robert: Do you all travel on the same bus as that’s a lot of metal for one bus!

Bumblefoot: Yes, it’s a bus full of metal, it’s very metal. As metal as any bus could ever be! [laughing]

Robert: Do you enjoy being the frontman in your solo band and how does it differ from just playing guitar in a band?

Bumblefoot: I do and I don’t. I do because I want to be able to give as much of myself as I can. To do everything and just let all my guts out. At the same time, if you have a cold, you start to panic that you may sound like shit that night. Where you are just playing guitar you don’t have to worry about that stuff. It’s a different experience from when you have to tour as a guitar player and when you have to sing. With singing, your body is your instrument and when you miss an hour of sleep you’re going to hear it. Whatever it is, it will show up in that instrument. I’ve done millions of shows as a guitar player with the flu. If you try and sing with the flu you’re screwed.

Robert: Speaking of performing under the weather, I know that you suffered from back pain when performing with Guns & Roses. How does it feel to play pain free now?

Bumblefoot: Most of my life I have played completely sober, I medicated only when I wasn’t physically okay to tour and needed to do anything possible to get through a show. It was more medicinal than a dependency and it was very temporary. If a bunch of Advil’s or a sip of Jagermeister did the trick than cool. Once the pain was gone, I was fine; I don’t miss a bit of it! [laughing] It was 3 hours with a 35 lb double neck guitar and every time I got up on stage I thought how am I going to get through this? There were times in between songs I would run over to my guitar tech screaming in pain to get the guitar off me and in damn near tears. The show must go on even it fucking kills you. Most of the time when you are on stage, you’re not thinking about the pain as much or trying not to, unless it’s so unbearable. There were times when medicine stopped working because I was on it for too long and I could barely walk.  I remember that happened in Philadelphia in 2012 and I had to sit down for a few songs because I couldn’t stand up. I made it through the show and the band did great, and I did the best I could [laughing]. Half of the pain goes away just from the music and the adrenaline. The power of making music and just being part of the experience is very healing in itself.

Robert: Are you currently working on any new solo or Art of Anarchy albums?

Bumblefoot: I’m working on the second Art of Anarchy album. We have a new singer with a big announcement coming soon. We will have something to show, hear, and see by June if all stays on schedule. It sounds great and things are working out wonderfully. I’m really happy with that.

I’m also finishing up production on a new CD for a band called Fragile Mortals. It’s consists of the metal group, Generation Kill with Rob Dukes formerly of Exodus, Rob Moschetti formerly of Pro Pain / MOD and Darryl McDaniel’s DMC of Run DMC. I’m not an official member but I play on every song. It’s rap metal with Darryl rapping in the verses and choruses. It’s interesting as it goes to places you won’t think. All the songs have these great visual moments. I have been mixing and doing the production. I won’t call it a super group but it’s definitely a collaboration.

Robert: I know you do a lot of traveling to under developed countries; with the current state of unrest in the world do you ever worry about traveling to some of these countries?

Bumblefoot: My main concern is the opposite of that. Where ever there is trouble music and fun is needed the most. That’s where you have to bring pleasure and good things to people. If they are in the middle of that stuff, that’s where I want to go. To bring some normalcy and enjoyment where ever it is needed. Sometimes there is more murder and death going on in our own country than in these countries. You go to Islamabad, Pakistan and all we see is the reports of the most horrific things that make the news. That doesn’t represent the average person there. When I went there, there were all these long haired kids wearing Iron Maiden shirts. We were jamming to old school metal songs. Everything was as normal as could be. When you want to get a bite to eat you go to the coffee shop. People are dressed nice and they are playing western music on the loud speakers eating delicious foods. It’s not like what you see on the news here in the US. The same thing goes for other countries, all the news you see about the US is not what we see day-to-day but the things that are serious enough to make the news there.  So when you go there, you realize the things that we are threaten by and fear the most are the things we know the least about.

Robert: Looking back at your time with Guns & Roses, do you have any funny Spinal Tap stage moments?

Bumblefoot: The one that was probably seen the most by people was at Rock in Rio 2011 when I was wearing a Star Wars Stromtrooper helmet and messed up a guitar solo. I tried to lift the helmet off my head, but because it was raining out it was fused to my skin and I couldn’t lift it up without letting go of the guitar. When it came time to take the solo to “Welcome to the Jungle,” the lenses on the helmet were fogged up so I couldn’t see and couldn’t remove it; so I’m thinking I’m fucked. It didn’t matter that I played the solo spot on every other time in my life, that one time is the time that people will give me shit about. Looking back on it and watching it on You Tube it’s pretty funny and completely Spinal Tap 100%.

Robert: Can you share your thoughts on the rumor of Axl Rose playing with AC/DC? Its sounds crazy enough to be true that AC/DC would need a big name singer to draw people to the rescheduled shows.

Bumblefoot: I don’t believe anything until I see it [laughing]. I’ve heard so many rumors in the press that they could be true only to turn out to be just rumors. I’m not assuming anything is true or false. If it happens, Axl can certainly sing the hell out of it and he has done so. If he’s gonna sing it; it’s gonna sound great. Mark Tornillo of Accept would be perfect for the gig as well. 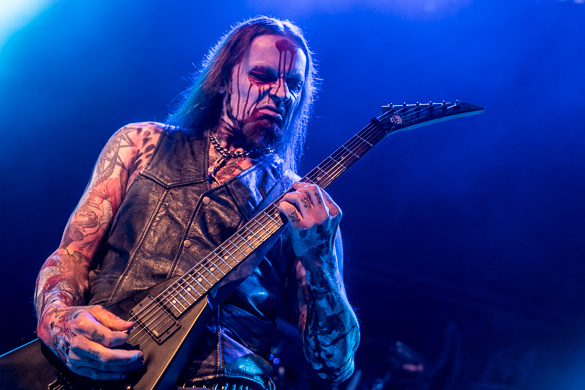 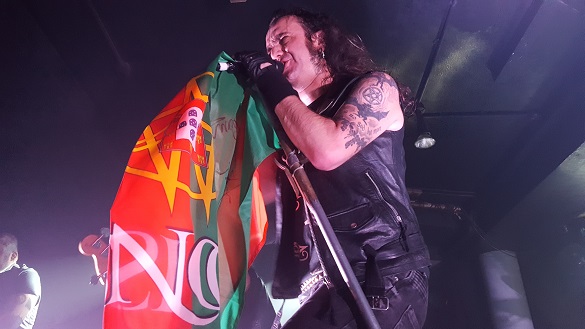 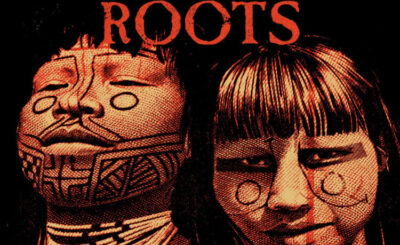