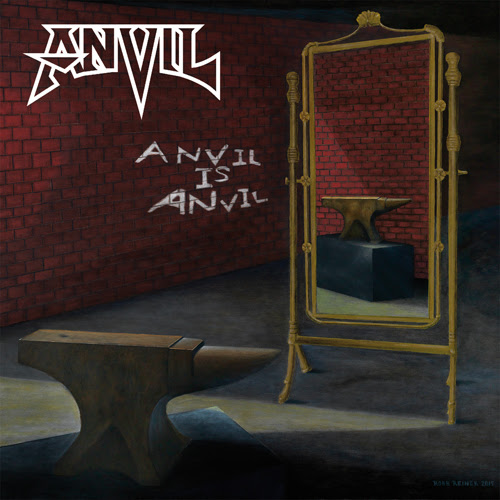 Anvil is Anvil!A self-confident statement. A band philosophy. And what’s more: a life motto. Anvil is Anvil, that’s the title of their latest album. And the name says it all: an unambiguous, uncompromising recording, typical of this band. At the same time it’s fresh, occasionally surprising and generally exciting through and through. A stalwart metal manifesto by a band who stand for authenticity and credibility like few others in this fast-lived business.“We’re sometimes criticized for never changing,” guitarist and vocalist Lips explains. “But why should we change something we’re renowned for? Isn’t it much more important to stay faithful to yourself? To do what you do best? The idea behind our latest album is: we are what we are, and that’s how it’s going to stay!” For all Anvil fans, this is the best news of the year. And the all-important date for 2016 has already been scheduled: Anvil is Anvil will be released by Steamhammer/SPV on  February 26, 2016. So be sure to mark the day in your diary!

Anvil is Anvil presents Lips, drummer Robb Reiner and their new bassist Chris Robertson in a thoroughly magic metal moment. Lips: “Time will tell whether this album is the absolute pinnacle of our career. But I would already refer to it as ´gaining the momentum`. The year 2013 was a perfect new start for Anvil. We were touring, went on to write the new material, toured again and returned to compose some more. During that time, the new line-up gelled into a real unit. The arrival of Chris was just as significant for us as the film back in 2008. He helped me enormously with my vocal lines, which is why my voice sounds better than ever on stage and also in the studio.”

The same could be said of the new material. Anvil is Anvil sounds all of one piece and presents the band’s amazing diversity, combined with their conscious loyalty to the compositional DNA of their own classics. ´Die For A Lie` for example sounds like a contemporary version of ´Jackhammer` and the stomping ´Runaway Train` features the same directives as ´Smoking Green`, only based on Kudlow’s present-day maturity. “I practically graduated from the Bob Marlette University,” the Anvil frontman praises the American producer with whom the band recorded their 2011 release, Juggernaut Of Justice and Hope In Hell (2013). “Bob showed me how to write songs which really mean something. So when I started to compose this time around, I was perfectly groomed.”

Speaking of which: Anvil is Anvil was produced by Martin ´Mattes` Pfeiffer (U.D.O.) at the Redhead 4 Studios in Pulheim near Cologne, Germany. For Lips, whose family is Jewish, as is drummer Robb Reiner’s, it was a special moment to work with a German producer in a German studio. “There’s a song on Anvil is Anvil that’s called ´Forgive Don´t Forget`, which says everything about our attitude. Nobody is guilty of anything that happened before their time, especially since Germany has critically examined and come to terms with its own past. Anvil has always been welcome in Germany, even during difficult phases. When we think of Germany, we think of friends, not war criminals.” Lips calls himself an idealist who takes a clear political stance with songs such as ´Gun Control` and ´Die For A Lie` and also denounces the ambiguous role of the church. He says: “Religion is frequently used to involve people in military conflict. Hate in the name of God – that’s just wrong!”

Yet Anvil is Anvil not only touches on sensitive issues but also documents the band’s lust for life, their dynamic musical style and their absolute down-to-earthiness. When Lips delivers the line “Ace of Spades and the joker is wild” on ´It´s Your Move` with a surprisingly realistic Motörhead timbre, it proves his sense of humour and is an homage at the same time (“close friends with Lemmy since 1981, he is definitely part of the family”). And when Anvilinvite their fans to the studio to join the choir on ´Daggers And Rum`, it only shows the closeness between the musicians and their fans. “We’ve never recorded a pirate metal shanty such as ´Daggers & Rum` before. I’m sure this number will go down well on the upcoming tour.”

Regarding the cover Robb Reiner ads: “This time around,it was suggested I paint the cover art for the release by brother Lips, after I had come up with the concept and showing him study sketches drawn out. The simple straight to the point composition was much fun to render on canvas in oil. I spent about 6 weeks to complete it”

The new album “Anvil Is Anvil” will be released on February 26th, 2016(worldwide ex Japan) as a digipak version (+1 bonus track and poster), 2LP gatefold clear version and download. 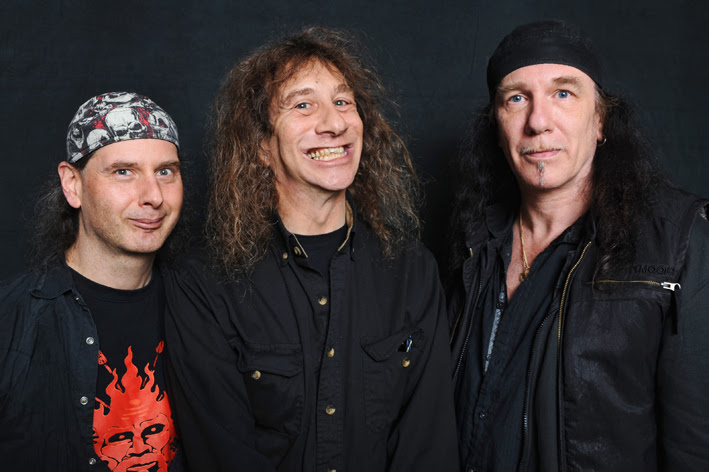 ANVIL will embark on a massive European-Tour together withDIRKSCHNEIDER from February-April 2016 followed by a USA Tour from May 12-June 18 2016 (dates for this will be announced soon).