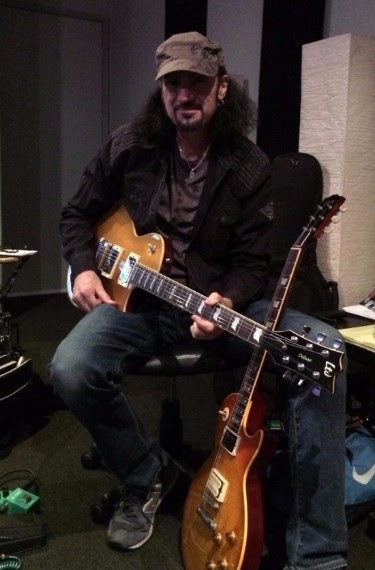 He‘s become part of rock history as the lead guitarist of KISS, MICHAEL BOLTON, MEAT LOAF and GRAND FUNK RAILROAD. And like a bat out of hell, he was back in the studio to record some lead guitars for the newAVANTASIA album. Guitar legend, solo artist and Tobi‘s dear friend Bruce Kulick! AVANTASIA‘s new album Ghostlights will be released on January, 29th 2016 via Nuclear Blast Records.

“I remember I was eleven years old when I had a KISS Crazy Nights poster on the wall”, commented Tobi. “20 years later Bruce asked me to co-write and lay down vocals for a song on his solo album BKIII (highly recommended to check out), which was a great honor for me. Bruce is a great guy, a pro and an outstanding guitar player, he comes from a different background than me, which makes it even more exciting to have him on theGhostlights album (out January 2016 via Nuclear Blast).”

“What do Geoff Tate, Dee Snider, Michael Kiske, Robert Mason, Jorn Lande, Bob Catley, Ronnie Atkins, Olli Hartmann and me have in common with Marco Hietala of NIGHTWISH?”, Tobias Sammet asked.”Yes, we’re all good looking, funny and amazingly talented… AND: we’ll be on the new AVANTASISA album Ghostlights – out on January, 29th 2016.”

Tobias had the following to say about Marco:

“It was August 1997 and we were in Helsinki to mix the Vain Glory Opera album of EDGUY when someone played the band TAROT to me. That great band seemed to be some sort of a legend in Finland (in Germany TAROT were not really known at the time). A few years later a band called NIGHTWISH had appeared on the map and were about to take the European metal world upside down. EDGUY played a festival in England with SAXON and amongst others: NIGHTWISH! I remember even though they had a great female vocalist how much I loved the rendition of Ozzy Osbourne’s “Crazy Train” that they did – if I remember correctly – which was sung by their bass player.

You know, a lot of bass players are bass players because they wanna be in a band too; and there’s only so much damage you can do to the sound of a band with just a bass. Sometimes they’re only in the band because they talk enough to organize things or they have a day job to finance the first demo recordings, nice stage clothes, or sunglasses, but at the end of the day, most of them aren’t taken seriously because… well, because they’re bass players. 🙂 And they’re always suspicious… 😉 Anyway – I don’t need a bass player because I play bass myself (not as good as Marco, but I am the cheaper solution for my own project, ha!). AND Marco is more than a bass player, he is a proper musician! I have no clue why it took so long until I eventually asked Marco Hietala (that bass playing vocalist with the two beards and the voice!!) if he could imagine singing a role on an AVANTASIA album. Now it is happening! And the results kick ass! You will love it! We’re putting together an epic metal record I believe…

Furthermore, Robert Mason (WARRANT) can been confirmed to sing on the new album as well. Robert first made a name for himself back in the early nineties as the lead singer in LYNCH MOB. Robert is an amazing singer coming from what some would call a different musical world, and he contributed something very unique to theAVANTASIA world. He really gave the songs what they needed! You will hear it! Cheerz.”

Order your copy of The Mystery Of Time here:
smarturl.it/AvaMysTi 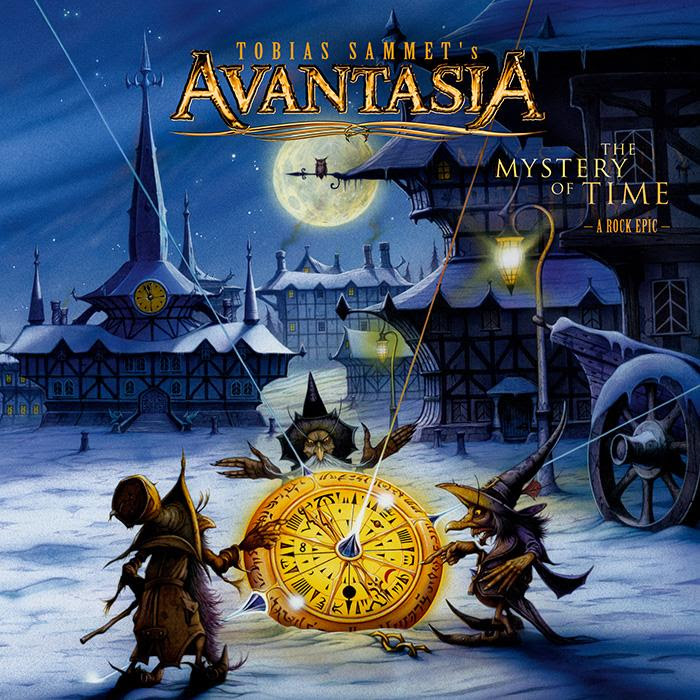 The Mystery of Time, the latest release from German composer and vocalist Tobias Sammet’s, Avantasia, charted in 16 countries in Europe, Asia and America, including #2 in Germany. It debuted at #9 on theBillboard “Heat Seekers” chart as well as #33 on the “Hard Rock” chart.

Watch The Mystery Of Time album preview, the video for “Sleepwalking” and interviews with Tobias Sammet on the Nuclear Blast YouTube Channel!