Returning for another year after a sold out show in 2014, Incineration Festival returns bigger and better than ever. Expanding both in size and genre, 2015 saw the venues scattered across some of the largest and most infamous metal venues in Camden, hosting not only the usual black and death metal, but incorporating psychedelic and shoegaze acts into the mix. While some of the less traditional extreme acts may have come as a surprise, especially as last years headliner was Taake, nothing seemed out of place. The crowd seemed to agree as arriving the exchange, the queue stretched around the side of the black heart as revellers waited eagerly to collect their wristbands.

Kicking the day off with the ugliest band of the festival, Aura Noir [4/5] was out to prove just how hateful they could be. The Norwegian black thrash band may have been relatively quiet the last few years and even with such an early slot they have still pulled a reasonable crowd into the electric ballroom. Ripping through ‘Upon the Dark Throne’ and ‘Hades Rising’ they bring out the grinding riffs as the drums pound ceaselessly behind. ‘Merciless’ seemed more than apt at describing their set, and drawing to a close on ‘Conqueror’ the shell shock really begins to kicks in. The band have proved they have lost nothing with age and even within such a criminally short set they still manage to bring together one of the most sickening sets of the day.

Seeing Oranssi Pazuzu [2/5] for a second time after their sold-out 2014 show in the Black Heart, I had high expectations for the Finnish quintet. Taking to the shadows, the band seemed remained hidden in the shadows making it almost impossible to focus on them.  While this may have caused some strained faces for the various photographers out that day, the striking haunting figures seemed the perfect match their harsh but progressive sound. Unfortunately this was not where the band excelled that afternoon. Their fuzzy instrument sound drowned the synths and while we were still treated to the thunderous bass, dynamic drumming and the rasping vocals swelling into a bleak, consuming black mass, it was disappointing not to be immersed in the full experience once again.

A black and white video starts at the back of the stage, two balaclaved men enter, bring with them the slowly rising drone. The bleakness and beauty of the Irish coast is coming to life in the Black Heart as duo From the Bogs of Aughiska [3.5/5] begin their set. Bleak, ambient strands of sound weave their way through the audience, leaving people gazing at the stage, lost in the melancholy offering. As the set progresses the duo are joined by two more bodies, one taking to the drums while blackened vocal rasps add to the clawing emptiness of the music. It may be Norway that is still considered as the most prestigious country when it comes to black metal, but Bogs are on a serious mission to make Ireland the bleakest.

While on paper Keep of Kalessin [1.5/5] fit perfectly into the rest of the line-up, it was hard to pull out of the previously bleak music and throw myself solidly into their bludgeoning death metal sound and strong melodic hooks. As the guitar riffs spill out from the stage through tracks like ‘Dark Divinity,’ ‘The Divine Land,’ and ‘Ascendant,’ the sheer pace should have been enough to blow the crowd away. While some people seemed to be enjoying it, I could get past how much of a massive step away from the void created from the previous acts. Black metal has never been more vile than it is dripping off the stage with German black metal band Endstille [2.5/5]. While the band don’t venture far out from the traditional black metal sound with their repetitively pounding drums and thrashing riffs, there’s something about their live show that really brings out the chaos in their war-torn sonic pummelling. The crowd seem to be just as excited by the music as the band are to play it, as hair and limbs fly both on the stage and in the crowd. There’s something honest about the way Endstille play, simple tracks made to do one thing, rip the audience to shreds, and that’s exactly what they do. While I’m probably not going to rush off to buy all their albums, this is one band that every black metal fan should catch at least once.

Riding on the back of their latest album Children of the Night, Swedish band Tribulation [4/5] head up the Underworld. For a band only 10 years old, they seem to have gathered a following pretty quickly, and tonight its easy to see why. Heading straight into a groove, the music has a great groove without becoming forumlaic. Despite their new release, we are only treated to ‘Strange Gateways Beckon’ opening the set before the band push on into older work. Mixing lines of black, death, psychedelic and progressive, all the various sounds fall together with complete ease, as do the band whose ease playing with each other is evident. The Swedish band still seem underrated in Britain, and it wouldn’t surprise me if before too long you’ll struggle to catch them in such an intimate venue as the Underworld.

Having never seen the band before, I was expecting a lot from the notorious Swedish Shining [2.5/5].  Love or hate them, there’s no denying that they know how to hold the attention of both the press and the fans alike, on this occasion however, the band were victims of their own hype. Far from being the eccentric, violent show with an obnoxious and unstable frontman, the set was remarkably tame with few of the dramatic onstage theatrics that precede them.

Their presence on stage was undeniable however and as Kvarforth stalks his was across the stage you can see how they pull such a large following. There’s a certain arrogance about the man as he professes his love for drum solos, and gets busy telling the crowd how much Britain hates them. Recent addition Tobias Ørnes Andersen begins pounding away in the background but despite what they are told, cheers erupt from the crowd who seem to enjoy the interlude. There are plenty of crowd pleasers in the rest of the set too as they move through ‘Vilja & Dröm’ and ‘Låt oss ta allt från varandra’ before closing on ‘For the God Below’. I can’t say there was anything special about the music, which seemed to pale in comparison to some of the smaller, more intimate acts earlier in the day and I left feeling like perhaps this band are a lot more hype than real substance.

It’s a return for infamous Norwegian act God Seed [3/5] form, and while the last few years has seen three performance from the band, the Ballroom is buzzing with anticipation none the less. This is heightened by the bands complete disregard for any kind of timing as once again we are left waiting for them to turn up onstage. When they finally appear however they are on full form as we are thrown straight into the fray with their cold, violent sound.

Ghaal and King of Hell may have left Gorgoroth a long way behind, but their songs still seem to fill much of their sets as ‘Sign of an Open Eye,’ ‘Carving a Giant’ and ‘Wound Upon Wound’ were just some of the old songs that made an appearance that night. King of Hell bounces excitedly to the side of the stage, while Ghaal returns with his usual frosty glare. The set was split equally, including much of their only album released to date, ‘I Begin.’ The performance may lacked nothing in terms of energy or presence, but it’s now been a number of years since the release of their debut album. Engaging as they may be, it’s definitely time for something fresh.

There’s few better ways to finish off an evening than with a session with French shoegaze band Alcest [4.5/5]. While they may not have seemed the obvious choice for Incineration’s co-headliners alongside the previous Norwegian extremists, they perfectly complimented some of the more progressive black metal acts that day, and despite my reservations seemed to slot perfectly in as a closing band. The release of Shelter back in 2014 causing such controversy among the fans, and pitted again Unleashed in the Underworld and Ingested in the Black Heart meant the venue was less than half full, but that did nothing to affect the magic of the sound coming off stage.

For all their differences in feel compared to the brutality of much of the line-up, Alcest seemed to read the crowd well as the set leaned heavily on previous work. Drawing most of their songs from Les Voyages de l’Ame and Ecailles de Lune the music is both melancholy and majestic, topped off with Neige’s harsh screams. Again some of the more subtle flecks that set Alcest out as one of the standout bands of their genre were lost as the Ballroom struggled to find the balance, but this did improve as the set went on. Closing on “Delivrance,” the spellbound crowd dropped harshly back into reality and as Alcest disappeared quietly off the stage.

Ten hours and thirty bands later, Incineration draws to a close for another year. The crowd parts as some stumble home, but for those souls who have not quite had enough, a trip to the Devonshire arms is in order for sets by Glasweigan death metalers Scordatura and London’s own black metal act Sidious playing the after party that evening. Whether you continued on the sweaty mess that was the official afterparty bar or crawled back to the tube, it’s hard to deny this is one of the more interesting all-day festivals in London at the moment. Long live Incineration! 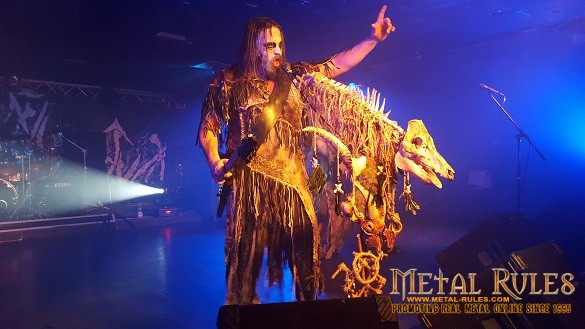 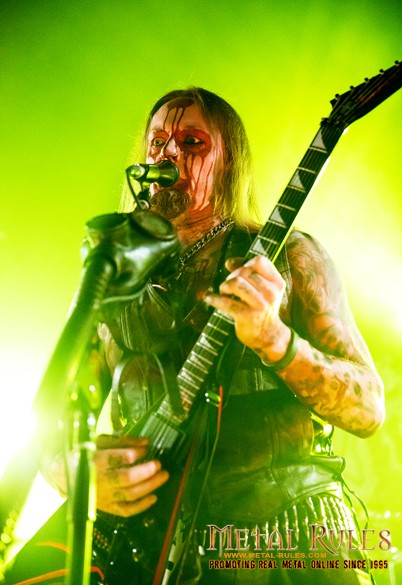