SWEDEN – Despotz Records has announced its latest signing, Sweden’s raucous rock ‘n roll whirlwind, Thundermother, who will release its Despotz debut later this year. To celebrate, the band has teamed up with Revolver to stream the upcoming album’s first single, “It’s Just a Tease,” at: www.revolvermag.com/?p=72507.
The band commented: “Thundermother is in good hands. We have now officially signed with the awesome Despotz Records! We are super stoked! The future is upon us! Watch this space!”

Ömer Akay (Despotz) commented: “We would like to thank Warner Music Sweden, who discovered and worked with Thundermother’s debut album, Rock ‘N’ Roll Disaster. With this signing, we at Despotz have taken over the rights to their debut album which will finally be available worldwide; also, we will release the long awaited, yet unnamed album #2 this autumn.

“We thank Thundermother for the confidence to choose an indie before a major. Now we are going to work hard to make sure that everyone gets to see and hear this great band live. Horns up!” 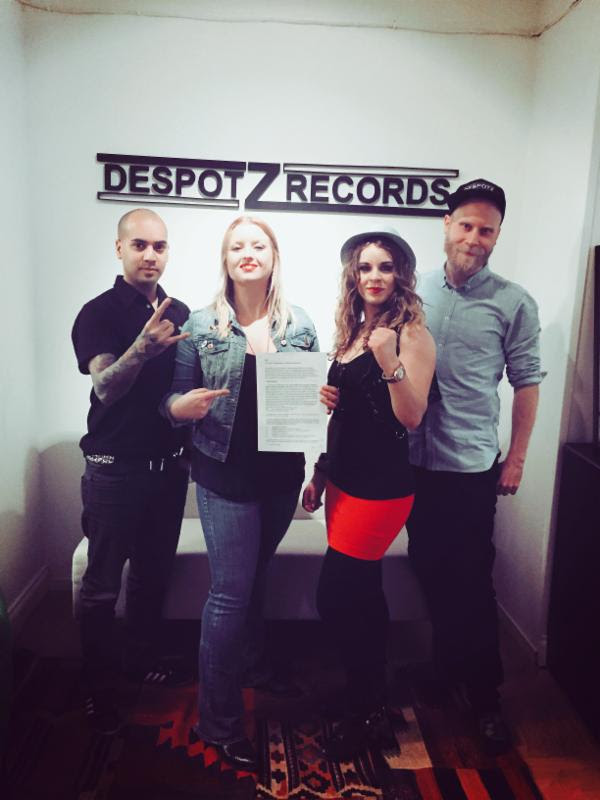 Forming in the summer of 2010, Thundermother consists of five ladies from all across Europe – Sweden, Ireland and Italy to be exact – who share a common love for one thing…rock ‘n roll! Over the past five years, the electrifying act has performed with notable groups like Candlemass, Danko Jones, Clutch and more while releasing its debut album, Rock ‘N’ Roll Disaster, through Warner Music Sweden. The band will embark on a European tour later this year in support of the upcoming release.

Stay tuned for more information on Thundermother and its sophomore album, out this fall on Despotz Records.