“The Cynosure album is made up of 9 huge and unique tracks; each one tells a story and is integral to the overall journey within the album. Within the tracks, you will find progressive interludes, sing-along choruses, shredding solos, grandiose conclusions, and a full spectrum of emotion. With all the blood, sweat, and tears that we put into this album, we are proud to finally present it to you in the way it was meant to be heard: in full!” comments guitarist Jacob Wright. 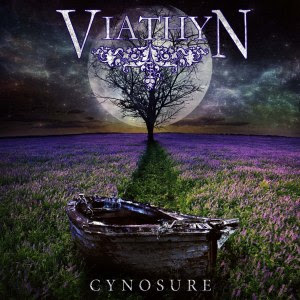 Produced by VIATHYN‘s Tomislav Crnkovic plus mixed and mastered by Sacha Laskow (Divinity, Every Hour Kills), ‘Cynosure’ features nine epic assaulting tracks with intense guitar shredding and infectious chants that blend prog thrash, melo-death and power metal influences. With VIATHYN‘s 2010 ‘The Peregrine Way’ debut album praised for its innovative song-writing and fresh comparison to today’s power metal, it was only a matter of time for guitarist Jacob Wright to launch into song-writing mode and compose a majority of the material that would be recorded for this second full-length. Even through hindrances such as studio closings, computer crashes, losing a jam space, and a flood, VIATHYN was able to record their second album between August 2012 and February 2014. With the addition of 7-string guitars, some growl vocals, and an evolving influence, Cynosure’s songs are faster, more technical, and heavier, while maintaining a constant melodic and progressive presence ready to be unleashed upon the world.