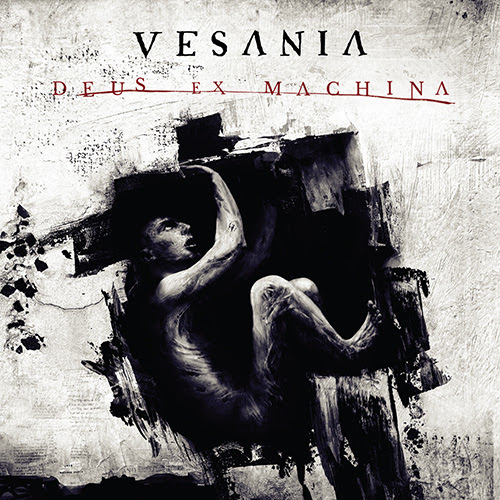 Poland – September 24, 2014 – Vesania, the Polish symphonic black metal act that features current and former members of Behemoth, Dimmu Borgir, Vader, and Decapitated, have been toiling for over a decade.. The band’s fourth full-length album, and first since 2007, is finally scheduled for release on October 28, 2014 via Metal Blade Records. The brand new track, “Innocence,” can be heard now on metalblade.com/vesania, where fans can also pre-order a copy of the album!

Vesania‘s roots are firmly planted in Poland, but their reach has been expanding throughout the years across the globe. The collective experience of the members of the band speaks volumes of their knowledge and ability to craft world class albums.

There’s no singular unifying lyrical concept on “Deus Ex Machina“, but there’s a main theme, a coherent and deliberate thread running from the title through the music. The title of the album is a term from ancient Greek tragedy and translates to “god from the machine”. The idea for the concept was that a machine, typically a rudimentary crane, would lower a thespian playing god onto the stage to solve the seemingly unsolvable conflict in the plot. In modern entertainment, the term has evolved to primarily refer to a cheap solution in a poorly written script or novel. Alternatively, Vesania‘s “Deus Ex Machina” is a call for any kind of help or intervention because all of the lyrics on the album are hopeless and show characters in situations that leaves them powerless. One of the tracks tells the story of the lowering of an actor, supposedly the god, onto a stage before a corrupted man searching for answers. Instead, that actor is lowered by a noose around their neck, having already died. The lyrics paint a drab picture, particularly when paired with equally bleak music. Recording was completed at Sound Division Studio, with mastering by Scott Hull at Visceralsound Studios.