We know Airbourne for their pure and distinctive rock’n’roll sound, explosive and sometimes shocking live performances, as well as raw and endless energy that they manage to maintain throughout constant touring around the world.

Today some of the Metal-Rules.com UK team members are lucky enough to witness Airbourne play a very special show in London on their 3-date-only UK mini tour. After playing multiple festivals and headline shows around Europe, Airbourne decided to return to UK for three unique club performances where fans would have the opportunity to see them play relatively smaller stages than normally and party with the band in a more intimate atmosphere.

It’s no surprise that Airbourne show in London tonight is completely sold out and the 600-something venue ‘The Garage’ is packed out even before the support band Skam hit the stage.

Skam is a three-piece coming from Leicester, UK and playing music that we all know as classic rock infused with some refreshing and modern elements.

Kicking off tonight’s show with pounding rock’n’roll tunes fuelled by a great drive and melodic vocals, Skam seem quite the appropriate band to be opening for such rock’n’roll maniacs, like Airbourne.

Delivering songs with rather catchy choruses and tight instrumental parts, Skam definitely do the job of convincing the crowd that they might just be the next big thing to look out for, yet somehow struggle to live up to the momentum of bands that have previously opened for Airbourne and become quite successful, like Black Spiders or Orange Goblin.

Fans of Biffy Clyro and Foo Fighters to Van Halen and Whitesnake, watch out, as Skam got everything it takes to please the fans of multiple rock’n’roll genres. They’ve got the tunes, the drive, the guitar solos and even the looks, some might say…

Atmosphere in the room completely changes once it’s time for tonight’s headliners Airbourne. The Australian four-piece storm the stage, as always, full of energy and ready blow the roof off. Kicking off their set with “Ready to Rock,” Airbourne guys get the crowd going within seconds they’ve hit the stage. The energy on and off-stage instantly goes up to 100% and it’s pretty clear that everyone in the room tonight is in for a treat.

Joel O’Keefe, the front-man of Airbourne, greets the crowd with: “You wanna hear some rock’n’roll, motherfuckers!?!?,” and without wasting much time, the band kick into their ultimate classic “Too Much, Too Young, Too Fast” and get everyone in the crowd raise their fists and sing along to every note.

The energy is up, the crowd and the band seem to be having a ball and loving every moment of this, and even the sound quality, despite the size of the venue, is surprisingly decent. It’s absolutely fantastic and mind-blowing to be watching Airbourne play such small size venue, as by now we’re used to seeing them headline some way bigger stages. And no matter how many times you’ve seen Airbourne at no matter what size venue, you know that their live show is never going to be boring or monotonous.

Airbourne singer Joel O’Keeffe is well known for his on-stage antics and fearless behavior climbing any possible stage scaffolding he can find and smacking open plenty of beer cans to his head. And, of course, tonight is no different. Due to the size of the venue, there is nothing much for Joel to climb, however midway through “Girls In Black” we see one of the biggest mosh-pits break out in the middle of the venue and Joel being carried on shoulders of a road crew member all the way through the crowd to the back of the venue just to find him doing a guitar solo and head-banging while standing on the bar. Live shows really don’t tend to get any more fun than this, heh?

Throwing in an oldie “Stand and Deliver” – a song that the band have never played live in London before, Airbourne make sure to make this show even more special of an event. According to Joel’s story, back in the day the band used to rehearse “Stand and Deliver” so loud, that their neighbours would often call the cops on them. And, obviously, being the band they are, Airbourne dudes just told the cops to politely ‘fuck off,’ because they just want to play rock’n’roll.

Alongside their most famous hits, like “Diamond in the Rough,” “Cheap Wine & Cheaper Women” and “Chewin’ the Fat,” Airbourne throw in some tracks off their latest and highly successful album Black Dog Barking, like “No One Fits Me (Better Than You)” and “Black Dog Barking” that go down as already proclaimed classics.

Tonight’s performance is not only more special due to the small size of ‘The Garage’ venue, though. It’s also more up-close and personal for the fans, as the band is literally rocking out just few feet away from everyone in the crowd while Joel demonstrates his skills in opening beer cans by smashing them open to his head and downing ‘cheap wine’ like there’s no tomorrow.

With “Stand Up for Rock’n’Roll” as the last song of the night, Airbourne prove that they’re still on top of their game and one of the most energetic and positively driven bands out there. And it’s no surprise that once they leave the stage, the crowd is left wanting more.

Minutes later, the band take the stage once more to end the night with a rocking encore of “Live It Up” off their latest album and the ultimate classic “Running Wild” (dedicated to Malcolm Young from AC/DC – a true and obvious inspiration for Airbourne), which makes the crowd go absolutely berserk and get the whole room busting a move or two.

Tonight Airbourne leave the stage with the ultimate quote: “As long as you’re alive and we’re alive… ROCK’N’ROLL WILL NEVER DIE!!!”, and we all know that by saying that, they truly mean it.

For those in London who missed tonight’s show – you will now have to live on knowing you missed one of the greatest rock’n’roll shows of 2014. For those anywhere else around the globe – if you’re still thinking of going to see Airbourne live for the first time, stop thinking and get your asses down to the nearest venue that these guys are about to play, as they are simply unmissable and are likely to put on a show of a lifetime.

Setlist:
Ready to Rock
Too Much, Too Young, Too Fast
No One Fits Me (Better Than You)
Diamond in the Rough
No Way But the Hard Way
Girls In Black
Cheap Wine & Cheaper Women
Stand and Deliver
Black Dog Barking
Chewin’ the Fat
Stand Up for Rock ‘N’ Roll
Encore:
Live It Up
Runnin’ Wild 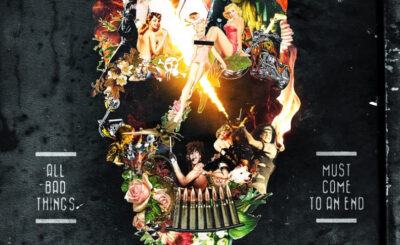 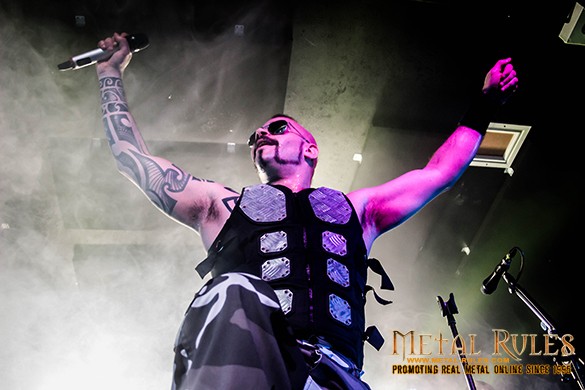