After Australian rockers Airbourne announced their 3-date mini tour in England, Metal-Rules.com UK team had the opportunity to sit down and chat with their drummer Ryan O’Keeffe on the 28th of August just moments before the band hit the stage in London. Read on to find out more about what he had to say about Airbourne’s latest album Black Dog Barking, their touring ventures and plans for the future.

Hey Ryan, how are you doing today?

Hey, I’m doing great, thanks! Just getting ready for the show!

You’re currently on a very short UK tour where you guys are only doing three dates. Tell us whose idea was it to stop by the UK and play these shows at some way smaller venues that you’d normally play?

Well, we basically had some room in our tour schedule and we just thought that it would be cool to go back and do it the old-school way by playing smaller venues and just having some fun with it before we finish off touring and start working on the next record.

You’ve been in and out of the UK quite a lot recently. From touring across the country in December last year, to Sonisphere Festival this summer and now this three day tour. You’re also planning to come back and tour the UK in October with Black Stone Cherry, so tell us what is it about the UK that keeps you coming back so often and is this country in any way more special to Airbourne?

UK has always been a big market for us and, as a band we really do well over here. It’s always great to be coming back here and this time, when Black Stone Cherry tour came along, we thought that it would be a good way to finish up what’s been a successful year for us.

So what’s the best fun you’ve had on tour while in UK?

Well, I sat on a beach in Brighton the other night drinking red wine until the sun came up, so that was pretty awesome.

Your latest album Black Dog Barking has been a huge success for you guys, as it’s been greatly received all over the world. Tell us the short version of how did ideas for the songs come about and what’s the main inspiration behind this record?

We had a vision of this album way before recording it and we knew exactly how we wanted it to be. We knew how it should sound and look like.
We wanted the cover to stand out and instantly ‘hit’ people. And, most importantly, we wanted to make the album a musical statement.
So we worked on it as hard as we could and we’ll definitely be doing the same for our next release.

So have you started working on the next album yet?

Yeah, we have a lot of ideas for it and, hopefully, it will be out later next year!

That’s great news! Any artists you’d maybe like to collaborate with on this new record?

Oh wow, I’ve never really thought about that! I’ll have to pass this idea on to Joel and we might even work on it!

When it comes to live performances, you guys are well known for rather crazy stage antics and your singer Joel (also Ryan’s brother) is famous for always climbing any possible stage scaffolding he can find.
So tell me… What exactly goes through you head once you see him hanging from the top of the stage? You must be even worried than he is at that particular moment in time!

Oh yeah, well… Mostly I’m just worried about how much he’s had to drink before he climbs up there. (Laughs)

Has he ever had any accidents due to his crazy performing actions?

Yeah, when we supported Iron Maiden on their UK tour, Joel was walking along the stage and checking out all the light racks. You know… Admiring the lights.
And he didn’t notice that there are occasional holes in the stage, so he fell into one of them cracking his guitar and hurting his back a little. But after all, he was fine and we managed to glue the guitar back together.

Have you ever been told off by a festival or venue for your on-stage behaviour?

Oh, yeah! All the time! At some points, even the police have been involved.
Cops came when we were playing Download festival few years back when Joel climbed the stage in a thunderstorm. Apparently the organizers didn’t like it, so they sent the police on us.

You guys seem like a bunch of guys who like to party, so tell us where in the world they throw the best parties and why?

Honestly, it’s great everywhere we go. Every place we travel to is fun and we always have a good time. You know, the rock’n’roll crowd around the world genuinely tend to want the same things – turn it up, get a few drinks and get into it!

Which country, in your opinion, has the best and the worst beer?

Well, I like a lot of German beer. That’s always good fun to drink. I’ve also been getting into a few British ales lately.
And the worst country for beer..? Definitely America! (Laughs)

You guys have travelled the world and played with great artists on some of the biggest stages out there. Tell me what in your opinion has been the highest point of your career so far?

Definitely the UK tour we did with Iron Maiden. That was just the greatest honour for a band like us and I would absolutely love to do it again.

I also noticed that you guys went to Russia not so long ago (a country Airbourne had never played before). Tell us a bit about your first Russian experience and how crazy did you go on that Russian vodka?

Oh yeah, we went a bit crazy on that!
We drank quite a bit of vodka and there were a few sorry souls on the plane on our way back. (Laughs)
But all together, visiting Russia for the first time was a great experience and I’d definitely like to go back there soon.

When on the road and constantly touring, how do you guys keep yourselves occupied while stuck on a tour bus? What music do you tend to listen to while on the road?

Well, we’ve got a keg machine on the bus, so we do our fair bit of beer drinking and occasionally play some video games.
When it comes to music, we always listen to rock’n’roll. Most of the time it’s Australian bands, like Barnsie (Jimmy Barnes), The Angels and stuff like that.

Cool, and how do you guys tend to spend your time off touring?

(Pauses)
…Working on the next record. Always.

So do you ever get time off music?

No. I guess, not really. (Laughs)
Joel and I still live together, so even when we’re at home, we’re constantly working on our music. From the moment we wake up in the morning, it’s all about planning what’s the next best thing for Airbourne.

Does it ever cross your mind that you should maybe get a hobby?

Yeah, maybe after our sixth album or something like that! (Laughs)

I noticed on Airbourne official Facebook page that you have now started Airbourne TV. What exactly is Airbourne TV and where can fans check it out?

It’s sort of a video channel that we started recently and it’s all available on YouTube.
We’re trying to make it into this interactive thing, but I’m not too sure how it all works out quite yet.
However, when we go on tour, we bring along GoPro cameras to capture whatever happens on the road, whether it’s something from our time backstage or bits of the live shows.
So whenever we have enough material, we just put it all up on Airbourne TV and people can see what we’ve been up to for the last week or two.

Cool, and just to wrap it up… What’s up next for Airbourne now when you’re done with these few UK shows? Where are you guys headed next?

After we’re done with these UK shows, we’re off to tour Canada until midway through October. And few days after that, we’ll be coming back to UK with Black Stone Cherry, as mentioned before.
Once that’s all over, we’ll be knuckling down all the new material for our next record and keep people informed on how we are going on with it.
And then… I guess we’ll be back on the road once again!


That’s great news, Ryan! Best of luck with the new material and touring! I guess we’ll be seeing you guys in October with Black Stone Cherry, as it definitely sounds like a show not to miss!

Thanks a lot! See you soon! 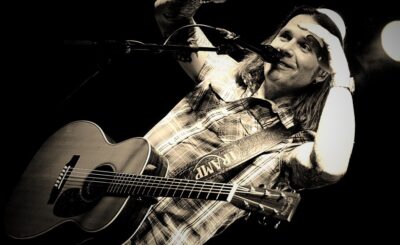 Interview with At the Gates