They’re politically outspoken, have their own ‘Konic’ genre and manifesto, and people still mispronounce their name – Kyshera are not your out-of-the-box band. That’s before we even get to the music, which is woven together from so many different threads that you can see why they side-stepped the trying to fit pegs in holes with their own genre. Looking at how new album Made In China expands on the Konic concept, guitarist and vocalist James Kennedy also underlines the importance of conviction…

First off, do people regularly mispronounce the band’s name?

James Kennedy – Ha ha, yeah all the time. I’m always amazed at the endless variations we hear, it’s pretty understandable though. Just to clear it up, it’s K-eye-she-ra!

Given how often people ask you what Kyshera means do you relish in there not been a definitive answer? Are you ever tempted just to tell everyone something different?

JK – Ha ha ha, well it’s pretty simple, it’s just a name so there is no ‘meaning’ as such. It’s like asking someone what Steve means ha ha. I have been tempted to invent some wild meaning for it and see how it evolves though – anyone with a good one, mail it in 😉

You describe your music as ‘Konic’ which is a term of your own making – do you feel that the standard genre labels used are too restrictive?

JK – Definitely! We get classed as a metal band a lot, but I really don’t see us that way, I also don’t see us as Prog or Alt Rock or whatever either. Plus, once you get put in a pigeonhole, it’s very hard to get out if it and I want to have the freedom to put out whatever kind of music I want, when I want, so I invented the term ‘Konic’ as meaning "Anything which is otherwise undefinable". THAT is our genre – i.e. whatever the hell we want. The Konic thing has grown into more of a lifestyle and general outlook now though, so to be Konic, means to be unique in your own way and outside of all the other narrow scenes and fashions.

Kyshera have been around for some time now, since 2005 it would appear, but new album Made In China is only your second full-length. Whilst obviously there’s nothing wrong with taking your time over things, is there any particular reason behind this?

JK – Yeah, we’ve put out of both of our last two albums in the last two years as well! The first three years was basically us gigging like crazy, getting our live show to where it is now, building our fan base around the place and going through a never ending cycle of line-up changes! We would have had stuff out a lot sooner but this band had a real rough time with line-up changes for a LONG time!

Focusing on Made In China then do you feel this is your best work yet?

JK – I do. I’m really proud of it. It was four months of hard f**king work to get there though – I ended up losing a pile of weight and passing out randomly towards the end ha ha

What has changed from your previous release? Where has the new album taken you in terms of new inspirations?

JK – ‘Made in China‘ is a LOT denser than ‘Paradigm‘ – it’s totally over the top, with tons of different layers, sound fx, sections and different musical styles, with narrative from Richard Dawkins, Obama, Kennedy etc etc – it’s not your standard Rock album ha ha. Paradigm was a lot more stripped down, it still had some electronics and orchestra stuff on there but as a whole, I see it as a lot more accessible than this one.

Given all the different styles and influences at work in Made In China did you approach it as a single body of work or was each track written and completed independently before being pulled together?

JK – I wrote it as an album and all of the tracks were written with the other songs in mind. All of the tracks join and overlap each other as well so there’s not a second’s silence anywhere on the album and lyrically as well as musically, the order of the songs was very important.

Will you be heading out on the road to support the album?

JK – Yeah! We’re doing a UK tour starting in November then heading out to Europe in December. Dates will all be announced soon!! Keep your eye on our pages.

The band seem to be quite ethically/politically minded – do you see your music as a platform for expressing that?

JK – Yeah, any platform is an opportunity to contribute to change. However small.

Do you think that your fans, and the population at large, responds well to having this kind of intelligent stimulus and debate? Sometimes bands/musicians can seem to not be very deep beneath the surface!

JK – Some people do, some don’t. For most people who are in to the band though, I think that they are in to the music first and those that connect with the commentary have an extra dimension to that and those that don’t, just enjoy the music, which is all cool. Yeah, I mean, a lot of bands really aren’t that deep beneath the surface, they just want to be famous and be the centre of attention, regardless of what they have to do get that – if that means being Emo one day and Dubstep the next, fine, they’ll be whatever they have to be to part of the ‘in scene’. I’ve got no interest in that. Everything we do and everything we say is REAL and if someone doesn’t like it, fine, go and listen to something else, we aren’t gonna change to be popular. Speaking of lack of depth, it’s funny to see some mainstream bands trying to come out and be all political and stuff lately because they think that makes them look cool.

On the flip side, do you ever feel that being so outspoken in your views alienates some people from the band?

JK – Maybe some – but if they don’t like the music enough to get past that then we’re probably not the band for them anyway. You’ve got to have the courage to take a position and stand behind it – the alternative to that is to be forever changing, trying to please everyone when you are never, ever going to. If you’re scared of criticism then this isn’t the business to be in!

In particular I found the points on filesharing interesting because whilst it certainly opens up opportunities to discover more bands and types of music etc a lot of people still seem to view all music as a free commodity that it is their right to own – do you find it a difficult argument to be in the midst of as a band?

JK – Well I feel that it’s an argument that we have more authority on than many people because we are on the receiving end of it. We’re a band, music is our livelihood as well as our passion. If we say something on the subject, it’s from our experience – whereas if a record label says something, it’s just them saying whatever they’ve got to say to keep the millions coming in. As a band, we know that there are other forms of profit, other than just financial! As I wrote in my blog about this, filesharing is great as a kind of global ‘word of mouth’ & for discovering new sounds etc, but that ultimately, the responsibility lies with the listener. If you want to kill off the music you love, keep downloading it for free. If you want to see it grow, spread the word, share it with as many people as you want but at some point, the guys that make that music are gonna need to eat and if they can’t do that by being in a band because their ‘fans’ are freeloaders, then they’ll have to go get a job in a bank or something.

I don’t think people can blame Pirate Bay or whatever – they just provide the platform for people to share – but it just goes to show that people are unable to act sensibly unless they’re policed, when it comes to filesharing. It’s very sad because I’ve discovered some amazing bands through filesharing and have then gone out to buy all their records but too many people DO see music as a free commodity that just ‘exists’ somehow, so once more, the idiot element of our society has ruined it for the rest of us, as one by one, filesharing sites are getting closed down.

Finally, your Facebook page merely reads ‘This Is A Movement’ – care to elaborate? As band are you more interested in being remembered for entertaining or for sparking changes in thinking?

JK – Ha ha, the Movement relates to the Konic outlook I mentioned earlier. We’ve got a Konic manifesto on our website where I explain exactly what it is – it’s basically the celebration of all things alternative to the mainstream at all times. Whether its mainstream media propaganda as information or mainstream fashion, music, whatever. We promote the idea that it is actually ‘cool’ to just be yourself, unique as you are and that that should be exaggerated proudly, not covered up by trying to fit in to one of the short term scenes that come and go. I think that mindset of questioning the norm and having pride in the self rather than just being a passive ‘follower’ of whatever the government tells you to think or whatever some magazine tells you to wear etc, would have very powerful consequences if embraced on large enough a scale. 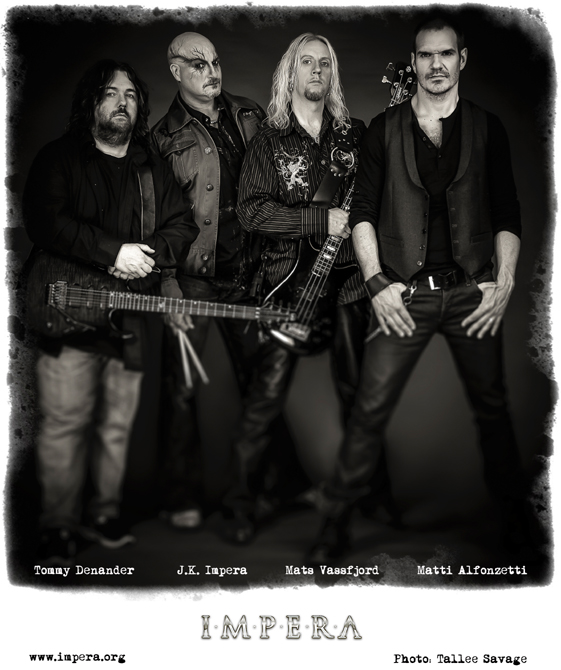 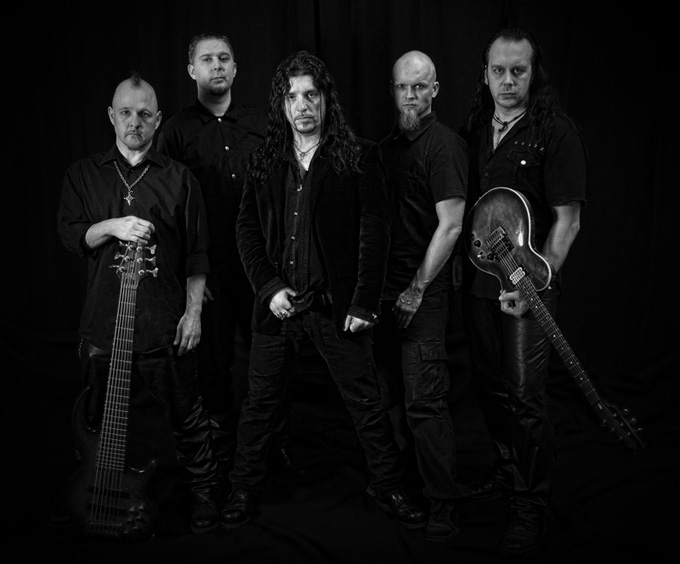 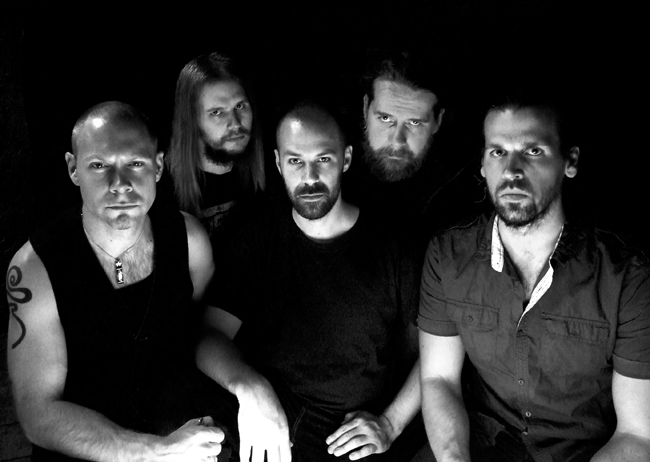