Death metal titans HATE ETERNAL have announced a week-long tour that will take them through Central America and into South America. The band’s first-ever trip to these countries begins with a September 1st show in Mexico City, Mexico as part of the UltraMetal festival and concludes with a Sept. 8 stop in San Pedro Sula, Honduras.

HATE ETERNAL is touring in support of its latest full-length, the critically-acclaimed Phoenix Amongst the Ashes. ‘Phoenix…’ was a staple in 2011 years’ end metal “Best-of” lists and is arguably the finest album in the band’s long and storied career.

“a stop-starting, tempo-shifting, weird-riff-unleashing example of death metal at its most dynamic. Far from a dead end, this is a whole new path.” Decibel Magazine, #6 on Decibel’s Top 40 Extreme Albums of 2011

“Hate Eternal is one of the most important, vital ‘true’ death metal bands in existence.” Lambgoat.com

“‘Phoenix Amongst the Ashes’ is an explosive and chaotic cacophony of guttural barks, complex, discordant riffs and detonating blastbeats…Hate Eternal have solidified into an unstoppable isosceles war triangle of death, with General Rutan bulldozing his way through enemy lines, reinforced by drummer Jade Simonetto and bassists JJ Hrubovcak.” Terrorizer Magazine

Updated HATE ETERNAL news and tour information will be made available on metalblade.com and the HATE ETERNAL website and facebook pages. 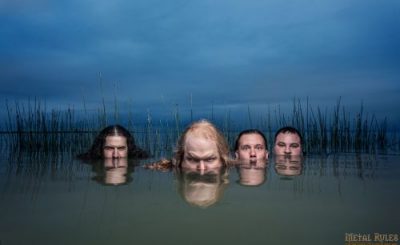