COFFIN TEXTS has been roaming the California Death Metal underground since their initiation. Sharing members with cult bands such as AGENT STEEL, SADISTIC INTENT, POSSESSED, ENGRAVE, ENTETY and other bands in which the members are active. Developing their own unique style and sound, Coffin Texts released their debut CD in 2000, titled
Gods of Creation, Death & Afterlifewhich was released in US/Canada, South America and Europe on CD and vinyl format. Celebrated in the underground, this is a well-hidden gem and high-class, true Death Metal with its roots in the ancient Californian Death Metal style.

The Tomb of Infinite Ritual shows COFFIN TEXTS at their very best. While the musicians themselves have developed and perfected their skills, the same spirit and approach to Death Metal remains true and intact.

The band has issued the following statement regarding the release of The Tomb of Infinite Ritual, “It’s finally here! Five years of blood, sweat and tears to get this completed. We want to thanks John Haddad for the great work producing this album & a “Horns up” to all our fans worldwide!!”

1. Atum (Into the Divine Sphere)
2. To Manifest
3. Final Transformation
4. The Sacred Eye
5. Divination
I. Soothsayer
II. The Invocate
III. Eternal Oath
6. Throne of Genocide
7. Dieties of the Prime Evil Chaos
The Tomb of Infinite Ritual will be available on CD soon via Dark Descent Records. The vinyl version will be released through Blood Harvest Records and the Digital version on Itunes via Apparition Musick. The band is currently working on dates for live performances. Follow COFFIN TEXTS at www.facebook.com/CoffinTexts for details and updates.
The song “Final Transformation” off of The Tomb of the Infinite Ritual will be featured on the popular video game franchise ‘Rock Band,’ released this summer. A video for the song can be found at this location.

Coffin Texts is (from left to right): 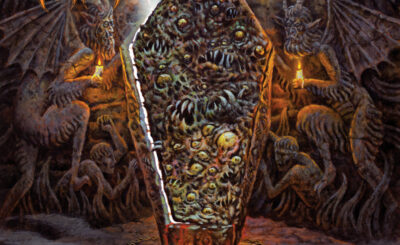 KARMA VIOLENS Mount of the Congregation Out Now 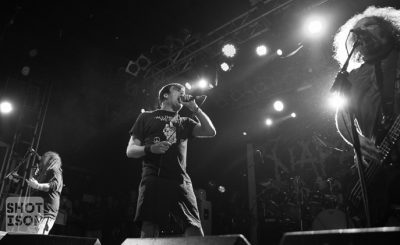 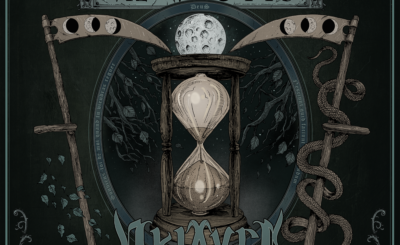