The last time Motörhead played the Aragon Ballroom was in 1994, amidst a stifling blizzard. Eighteen years later, guess what? Yep, a near-whiteout! Come back in the summer, guys!


The pre-gig snowstorm pretty much nixed any chance of hooking up with the band or crew, as we have in the past. So, we instead arrived late, hung tight and watched the opening acts. That’s a first!

Prior to tonight, I knew exactly one thing about Lacuna Coil- they have a chick singer. After one song, I knew another, but had a question. First, Cristina Scabbia is a heavy metal songbird who could sing the freaking phone book and I would cheer. Second, why the HELL do they have two singers?! Nothing personal against Andrea Ferro, who’s a good singer in his own right. But, seriously, what’s the point? The six-member band is obviously talented, but their Goth metal is a little too dramatic for my tastes. To each, their own, right?

Conversely, and, admittedly, surprisingly, Volbeat are about as far removed from Lacuna Coil as humanly possible. In other words, I loved ‘em! Their high energy, no frills, rock ‘n’ roll was just what I needed to get the blood flowing on this cold winter’s night. Bluntly, like their music, Volbeat are Slayer meets Green Day and spits out (I said spits!) a rockabilly bastard child! Besides, how could you not love a band that covers Johnny Cash (“Folsum Prison Blues”) and Slayer (“Raining Blood” snippet)?! BTW- Volbeat’s new touring guitarist is none other than… Hank Shermann, formerly of Mercyful Fate! I don’t think I’ve seen him since MF’s first US tour in 1984! Oh, and you will not recognize him! Guaranteed!  (Side note- if the Slayer comparison made anyone chortle, go here. Tho’ the chorus isn’t exactly “Angel Of Death”…    www.youtube.com/watch?v=HpSNleWQI-Q )

The Mirror and the Ripper

OK. On to the only reason I’m even in this building- Motörhead! As the lights dimmed, the corral of photographers was herded into the pit like cattle. There must’ve been ten of us, with even more bouncers. An air raid siren soon followed that could mean only one thing- “Bomber!” What a great way to open the show! Another classic, “Damage Case,” was up next, then the newer “I Know How To Die,” from their 2011 album, The World Is Yours. The 3-song allotment of synchronized chaos in the photo pit flew by like a second. Before you knew it, I was en route to the soundboard area to watch the rest of the show. I was a bit bummed “Stay Clean” came after I’d left the pit ‘cos I’ve always considered Lemmy’s time-honored bass solo a highlight of the show! Oh well. At least they played it!


It was great to hear “The One To Sing The Blues,” as it hadn’t been played live in years. Like many prominent bands with decades of back-catalog, there are just too many songs to choose from to squeeze into a show, especially a criminally short 50-minute set!

The one-two punch of “Ace Of Spades” and “Overkill” were the sad signal the set was coming to an end. But, what a great and powerful finish, complete, as always, with Lemmy “shooting” the crowd machinegun-style with his custom bass!


“Don’t forget us,” Lemmy bellowed in his legendary gruff growl. And when you get down to it, is that really too much to ask? It isn’t for me… We were able to touch base with members of Motörhead’s road crew and made plans for later. We always try to bring our own “refreshments,” usually Strongbow cider or bourbon. We also brought some ghost pepper hot sauce for their soundman, Arnie, who, apparently, has yet to meet a hot sauce he couldn’t conquer. Stomach of steel, apparently… I Know How To Die

The Chase Is Better Than The Catch

The One To Sing The Blues As for Megadeth, I’d love to tell you they played a killer set, but, truth be told, we had the choice of watching them or drinking and joking with Motörhead’s road crew on their bus. We opted for the latter! Sorry, Dave. We’ll catch you next time. Priorities, mate, priorities…

As always, we extend our immense gratitude to the Motör-crew for their gracious hospitality. It has always been appreciated and never taken for granted. Also, a huge thank you to RS and all the bands for a night of bleeding eardrums and an epic hangover. Mission accomplished! 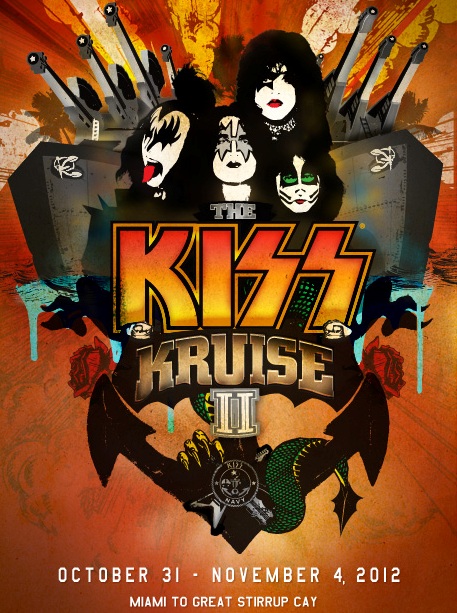