“It’s time for changes and towards fans of MNEMIC, I’m sad to announce that I have played my last shows with MNEMIC in Spain in March. Because of my forever continued dedication to music and metal, it has not been easy to make my decision to leave a great and innovative band like MNEMIC after 8 successful years with 4 releases. Personally, I don’t feel my ambitions are fulfilled in MNEMIC anymore and I wish my brothers and friends in the band and crew all the best for the future. It has been some amazing years in many ways and I’ve learned a lot about myself and the music business, about what to do and what not to do. We have moved fast and achieved a lot in a short time with our music and concepts, toured and become friends with some of the greatest bands in metal, but I feel my cooperation with the band has peaked. This is NOT the end for me in metal and hopefully soon I can announce myself in another ambitious project. I have good people working with me and I have now officially signed up and put myself available as live/touring and studio/session bassist, so see you out there, anywhere, everywhere. My very own new website will be announced soon, so stay tuned. Thanks to all my fans for your support over the years and in the future!  Horns!  – Beast.”

Commented the band: “Sadly and unfortunately, all things do come to an end. Compared to others, our line-up has been quite stabile for some time, but now it is time to part ways with our friend and brother and take a step into a new direction. It was awesome jamming with the Beast, as always, and our split is totally mutual as friends and compadres.  We wish him the best for his future endeavors and hope to see him on stage again!  To complete the group’s line up, we are as of now seeking a replacement.  If you are interested in taking over the bass duties, throw us an e-mail with your info (age, experience, gear, photo, etc.) at: neurotic@mnemic.com.  In the meantime, we have commenced composing the fifth album, to be released in a not-so-distant future. Thanks for your patience and looking forward to be seeing y’all out there!”

In 2010, Sons Of The System, MNEMIC’s fourth studio album, debuted at No. 64 on the Billboard Heatseekers chart.  Sons Of The System was recorded at MNEMIC’s own studio and at the Antfarm facility in Aarhus, Denmark with Danish producer Tue Madsen (Kataklysm, The Haunted, Behemoth, Halford) – who also worked on the MNEMIC’s 2003 release Mechanical Spin Phenomena and The Audio Injected Soul in 2004.

View the video for “Diesel Uterus” here.  View the “Making Of” video here. 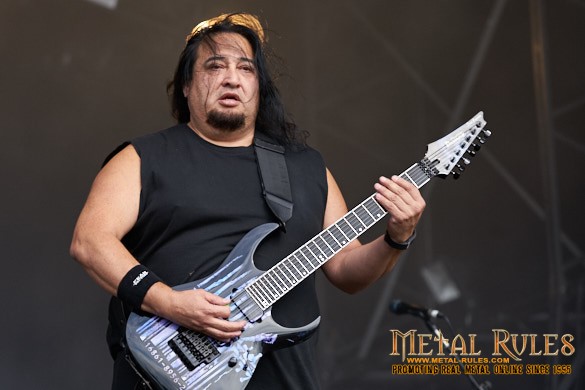