Florida based death metal legends MALEVOLENT CREATION are happy to present, in conjunction with Bloody-Disgusting.com, the too shocking for Youtube video clip for “Slaughterhouse” (www.bloody-disgusting.com/news/music/1170)!  The track comes from the bands 11th studio outing entitled Invidious Dominion, and was shot in Florida and Central City Studios in Los Angeles by young up-and-coming director Chris Cullari (WESTLAND, THE APPRECIATION POST).

“We shot a video for ‘Slaughterhouse’ the week in between our headlining tour and the ‘March of Brutality’ tour with EXODUS,” commented the band previously. “It is both a brutal homage and clever twist on horror films such as Hostel and The Texas Chainsaw Massacre, using MALEVOLENT CREATION’s music as a soundtrack to madness. 20 plus years and still no one can destroy this MALEVOLENT CREATION!”

Still pics from the production can be found here www.myspace.com/malevolentcreation/photos/albums/album/3225828.

Invidious Dominion was released on August 24 in North America via Nuclear Blast and was produced and recorded by Erik Rutan (CANNIBAL CORPSE, VITAL REMAINS, KRISIUN, GOATWHORE) at Mana Studios in Florida. The cover art (attached) was brought to life this time around by renowned artist Pär Olofsson (THE FACELESS, IMMORTAL, ABYSMAL DAWN).

Watch a video clip of the recording process at the following location www.youtube.com/watch?v=YyMoK4Ixrt8 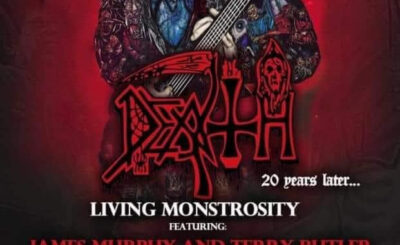 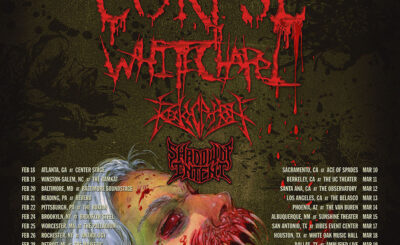