New Orleans, LA’s DOWN and Crave Online have just released an exclusive, previously unreleased track, ‘Stone the Crow’ (recorded live in Dublin) at the Crave Online website! The track is cut from the audio portion of their upcoming 3 disc (2 CD/1 DVD) release, Diary of a Mad Band, hitting stores on October 5th, 2010. See the full track listing below.

DOWN has three Diary of a Mad Band pre-order bundles available for purchase now! All pre-orders include an instant MP3 download of the recently debuted track, ‘Stone the Crow’ live in Dublin! These packages are a must have for every DOWN fan! Click the links below to be directed to the webstore to purchase your bundle!

Diary of a Mad Band features a 17 track, 2 CD full concert, live in London during DOWN’s very first European tour in 2006! The DVD highlights DOWN in the practice room, as well as six blistering weeks of the same European tour, promoted completely by word of mouth. No label, no publicity, just the band jetting off on a plane and setting across the continent. This is the first time DOWN performed on the road in four years, and marked the practical rebirth of NOLA metal. Raw, unseen and uncut, the DVD also features a bonus behind-the-scenes featurette entitled ‘Tyrades and Shananigans’. Plus, witness some of metal’s greatest icons (including Cronos of Venom, Fenriz of Darkthrone, Witchcraft, Alice in Chains, and Satyr and Frost of Satyricon) come out of the underground and pay homage to DOWN. All in all, the DVD includes a staggering 130 minutes of unreleased footage!

DVD: Diary of a Mad Band

5. New Orleans Is A Dying Whore

6. Ghosts Along The Mississippi

7. Learn From This Mistake

10. There’s Something On My Side

6. Ghosts Along The Mississippi

7. Learn From This Mistake

9. New Orleans Is A Dying Whore

If that isn’t enough for a rabid fan, a 180 Gram triple vinyl version with a bonus DVD will be available on October 26th! DOWN features the all-star line-up of vocalist Philip Anselmo (Pantera, Arson Anthem), guitarist Pepper Keenan (Corrosion of Conformity), guitarist Kirk Windstein (Crowbar, Kingdom of Sorrow), bassist Rex Brown (Pantera), and drummer Jimmy Bower (Eyehategod, Crowbar). Based in New Orleans, LA, DOWN boasts an intense domestic and international fan base. Their last album, III: Over and Under has scanned over 113,000 copies, and internationally, DOWN has seen staggering sales of over 1 million. Regarded as one of the most explosive live acts of our generation, DOWN is constantly touring the globe. Stay tuned for tour dates in the future!

For more information about DOWN and Diary of a Mad Band, please visit these sites: 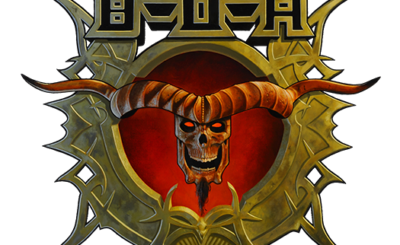