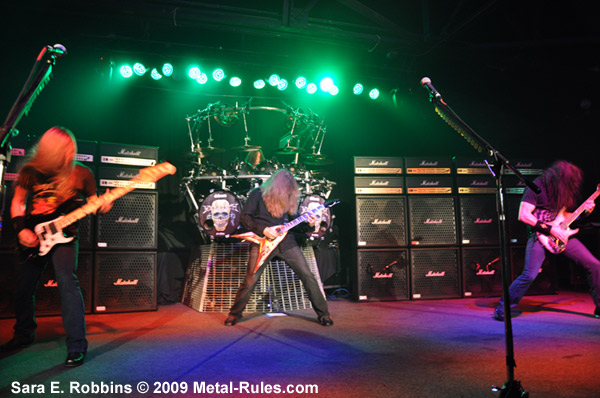 On a chilly December evening, people formed a line outside of Kansas City’s The Beaumont Club.  Some were quiet, some were anxious, but most were likely freezing their balls off (assuming they had balls at all).  The reason?  Megadeth’s return to KC after the release of a stellar new album, ENDGAME.

Due to bad timing, Arcanium’s set was missed, but it may have been for the best.  According to eyewitness reports, Arcanium’s Hot Topic pseudo-goth appeal was mainly visual, although it was apparently lost on the Kansas City crowd — when the band announced that the night’s performance would be filmed, they pleaded for audience members to shove up front as to create the illusion of a larger crowd, much to the chagrin of concertgoers.

Next was California’s Warbringer, a rambunctious group of dudes playing a style of music that may possibly be older than any member in the band.  The crowd’s excitement during sound check is always amusing but in this case turned out to be appropriately preemptive for Warbringer’s explosive set.  The band slammed through song after song, mentioning somewhere along the way that it was their first date of the tour, and they were noticeably pumped.  It became instantly obvious why they were chosen to support Megadeth —they were ballsy, precise, and had just the right mix of youthful spunk and a classic thrash sound.  Warbringer plays lots of fast, aggressive rhythms, but still throws in plenty of groove.  Outside of the venue after the show, I ran into 21-year-old guitarist John Laux, who confessed that it was his first time seeing Megadeth, one of his favorite bands.  While most people admit to freaking out after seeing their favorite bands live for the first time, very few can claim to say they shared the stage with them. As a precursor to the crowning jewel of the evening was Suicide Silence’s appearance, which was revved up but fell flat to these ears.  Metalheads toward the back of the venue shouted “SLAYER!” in between songs, not intent on comparing the guys on stage to those dark denizens of thrash mania, but possibly hoping that their cries would be heard by someone controlling the sound board, who could turn the volume down.  Their mostly trendy deathcore tunes included lots of breakdowns and alternating screaming and whiny vocals, which clearly appealed to the younger fans in the audience.  They were quite energetic, which is good, but they were also seemingly out of place on a bill with Megadeth.  And as if it weren’t difficult enough to watch Suicide Silence due to dislike of their music, the fat chick next to me continually grinding her ass into her boyfriend’s crotch during their set sealed the deal.  According to a post on Wikipedia, the world’s most reliable online dictionary, they have since been kicked off of the tour due to an incident with Dave Mustaine. At long last, after a semi-climactic evening, it was time for Megadeth to take the stage.  The set change seemed to take longer than it had for previous bands, and maybe it was actually longer or just seemed that way due to anticipation.  Either way, each member finally marched onto the stage stoically, Mega-Dave took his spot in the forefront, and the thrashers laid into “Dialectic Chaos” from ENDGAME.  After "Skin O’ My Teeth" had wound down, Mustaine threw a silent, eagle-eyed glare over the crowd, rolling up his sleeves and displaying ‘deth wrist bands to a cheering crowd.  Normally outspoken, the fiery-maned frontman stuck mostly to rocking the hell out for the duration of his band’s stage time.  He did, however, comment about "practicing French with Professor Dave" before starting "A Tout le Monde," and noted he wouldn’t be voting for commander-in-chief Obama once presidential elections rolled around in 2012 during a break in "Peace Sells."  Otherwise, it was all killer and no filler — tunes like "Tornado of Souls," "In My Darkest Hour" and "Sweating Bullets" were accurate, fluid and relevant, the latter inciting a sing-along from the crowd.  Closer "Holy Wars" got everyone in the packed house going and by the end of the song, no head was left un-banged. Leaving the venue in freezing near-zero temperatures, the night sky was black and foreboding, yet strangely fulfilling.  Its vast silence was sliced open only by crows, hundreds of them, perched on dead branches, watching silently, or flying frantically overhead, their sleek bodies looking more like bats than birds.  It was a cryptic and satisfying ending to a perfect evening of metal. 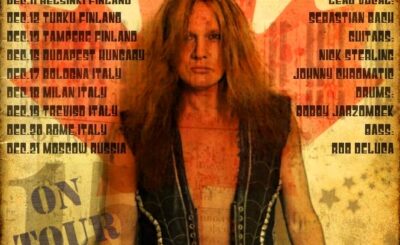 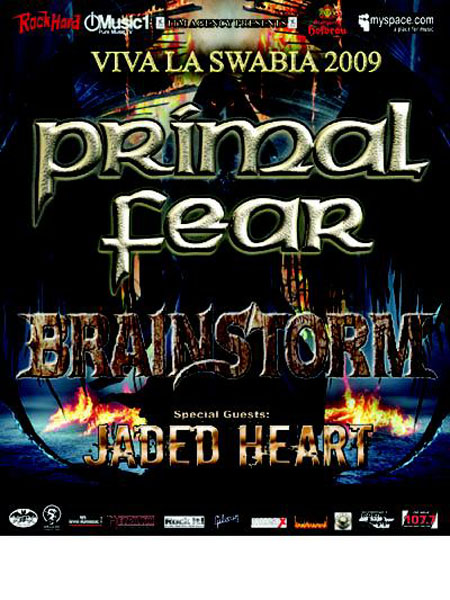 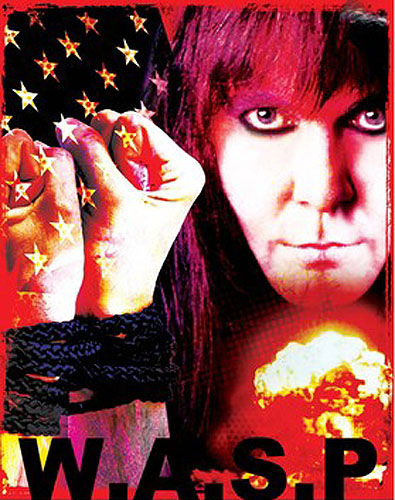