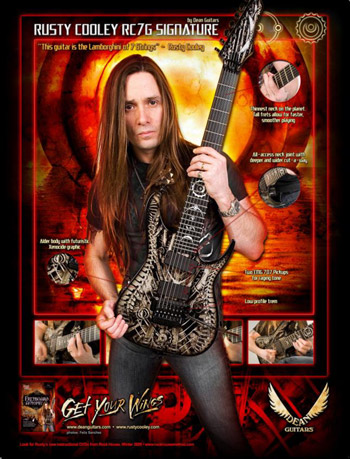 A band is only as strong as the sum of it’s parts, and such is the case of the Houston, Texas progressive metal group Outworld. Currently on hiatus after some key lineup changes with the departure of longtime keyboard player Bobby Williamson and erstwhile vocalist Carlos Zema who since joined the David Shankle Group only to depart a short time later, the duststorm surrounding Outworld and the tremendous amount of momentum they had going is starting to clear up, and as the dust settles there can be little doubt that the key driving force behind Outworld is/was guitar virtuoso Rusty Cooley.

Rusty had a tremendous 2008, filled with notable endorsements from Dean Guitars and ProTone pedals. A successful two disc instructional DVD set through RockHouse Method and several guest appearances showcasing his masterful guitar acrobatics. With a level head on his shoulders he embraces the upcoming opportunities afforded to him in the future, and stands poised to divide and conquer in 2009.

So Rusty you just had quite a weekend in Anaheim, California at the 2009 Winter NAMM show doing some autograph signings for Dean Guitars who make your signature 7 string guitar the RC76 as well as a absolutely dynamite performance at the annual Rockhouse Method – Wimbash. What were some personal NAMM highlights for you?

Well there’s actually three awesome things that happened. At the Dean booth I had a great two days signing autographs and taking pictures with fans and interviews…stuff like that…The thing that really made it was the guitars that debuted, as you know I have the RC7 out, which is the USA model, and then this year at NAMM the RCX debuted which is the RC7 import.

We also have a six string model called the DC6, it’s not really a signature model but it’s based on the RC7. So there’s really three guitars this year at NAMM for me. So that was really awesome.

RockHouse Method an innovative musical instruction DVD company has recently released your Fretboard Autopsy – Scales, Modes and Melodic Patterns Level One & Two DVD’s. You are definitely no stranger to the world of instructional videos, what do you think set’s RockHouse Method apart from the rest of the pack?

Well, RockHouse Method, right now I think they are the cream of the crop becuase they are really locking in and getting all of the hottest players and they really know what they are doing, they’ve been in business for a while and it’s a very well oiled machine.

I was really blown away with them when I went up and did my two DVD’s. We went up, worked on the product for a day, got the program in the order that we were gonna do it. The next day we went into New York and shot video, three camera angles, monitors…the whole nine yards. It was a very well put together package that’s just as good as anything I’ve ever seen out there…quality wise and look and packaging etc. The product doesn’t stop with you buying it and taking it home. You can get continued support (online) you log on, you get backing tracks, you can download additional tabs. You can interact with all of the other RockHouse students and fans (and even some instructors) and that’s pretty cool. They got the blog to keep you up to date with what all of the instructors are doing and tourdates…You really get in touch with the artists through RockHouse. That’s really pretty unheard of. As far as I know nobody else does that at all, I don’t think outside of them that even exists.

They’ve got it out there, you can go to Guitar Center and get it, you can get it online ( www.rockhousemethod.com ) You name it.

I read on the RockHouse Method website that they landed a deal putting their DVD’s in every Guitar Center in America, that must be a huge deal for you!

Yeah, they’re playing my DVD’s here at the Guitar Center in Houston. I walked in there a couple weeks ago and it was playing. You know, so that was pretty cool!

Do you have plans to do some more work with RockHouse Method?

Absolutely man! That’s on the plate. Right now I’m doing three things, the first thing on the menu I’m doing a DVD feature for Young Guitar magazine in Japan. I’m gonna get that out of the way in the next week or so, I’m gonna be going back up to New York to do more RockHouse stuff, by this summer I’ll be back up there doing a couple more DVD’s, and then I’m also working with Derek Sherinian on some stuff.

How did you enjoy performing at the RockHouse Method "Wimbash" ?

The Wimbash was awesome man, I had a great time that night I really walked away feeling like I played well, which for me usually I’ll walk away unhappy with my performance but I actually left the Wimbash the other night feeling really good about what I had done in my performance.

Another cool thing from NAMM, I don’t know if you already know this but I’m with Protone Pedals now. The ProTone Overdrive pedal made it’s debut. So that was really cool. We had the three guitars at Dean, the Wimbash and the pedal, which is a really cool Overdrive pedal.

I really enjoyed using your presets on the GHS Rocktron Prophesy II preamp. Do you have plans to do some more work with them?

Yeah, as a matter of fact I just had a very good meeting with Rocktron and GHS before I left NAMM and they wanna talk to me about doing some more stuff with them. So I’m not really sure at the moment what that means, but I’m looking forward to seeing what comes out of that. So, I think it’s going to be some really cool stuff. The last time we talked metal you had a new promo cd from Outworld that you guys were shopping around and then suddenly in the months that followed vocalist Carlos Zema and keyboardist and longtime collaborator Bobby Williamson left the group. What was the reasons for their departure?

So Bobby split, Carlos…you know when Bobby left, him and Carlos are really tight so Carlos just kinda went his way as well, which is really no big deal to me. We didn’t have the tightest repoire, me and Carlos…so…it’s just a big long ordeal. More than I have time to get into…

What is currently the status of Outworld?

Without saying anything official Outworld is on the backburner temporarily. Bobby’s doing his own thing. I have no idea what Carlos is doing. Matt’s doing a little metalcore band with his little brother. I don’t know what’s up with Shawn. I haven’t talked to him in months.

Like I said, I’m doing some work with Derek Sherinian which as far as I’m concerned is a huge step up from what I was doing. I just recorded a song with Derek that’s gonna be on his instrumental cd that’s gonna be out in March and like I said we’re working on some other stuff which will open up some much bigger doors and put me way ahead of whatever I could of been doing with Outworld.

So again, in hindsight I was really depressed about Outworld but because of what happened with Outworld this is allowing me to move way further ahead. With Outworld if we had toured we would have been lucky to get a bus or a van to do some European dates, but what I do with Derek is gonna be much friggin’ bigger than that. We don’t have to struggle to get a record deal, it’s gonna be friggin’ awesome!

That’s right! There’s a short little instrumental on that cd called "From So Far Away" but if you look at the song titles on the back of the disc I think they’ve got them in the wrong order. So I’m not sure if it lines up on the right song, but there’s an instrumental on that cd that’s about three minutes long that I did the two main guitar solos in that song.

So that was really cool. Chris Storey who is the guitar player for All Shall Perish is actually a big fan of mine and he’s also a student, he studied all of my "Chops From Hell" DVD’s and has taken private lessons from me. Chris as well plays the Dean RC7 and uses the same preamp and power amp that I use which is the Rocktron Prophesy II and the VHT power amp as well. So that’s kinda how I got hooked up with that.

Was your motivation to re-release your debut album to focus on your solo career from here on out?

Well the problem was I was never happy with the debut cd. When that deal came up I was low on funds and the studio jacked me up and I just had to turn in the masters and I was very unhappy with it and I just felt like a lot of things suffered because of it. So when the opportunity came up for me to resign my contract with Lion Music and go in and remix and master it and put it out with a bonus DVD and all that stuff I was all over it! Because I mean…I was really proud of that work and when I was done recording it…I wasn’t so happy. You know?

That’s not the way to go into your debut instrumental release. So I was really happy to get the opportunity to get it to sound the best it could possibly sound. There’s certain things you just can’t fix because I don’t want to re-record anything, so you just do your best.

I did that (album) at Diamond Studios also which is where Outworld did their first cd.

What can shred heads expect from Rusty Cooley in 2009?

Well in 2009 you can expect more instructional DVD’s, I’m hopefully gonna get out there and do some guitar clinics and master classes and just more exposure, like I said I’m working on some stuff with Derek and hopefully we’re gonna see some of that come to light in 2009.

As well your gonna be able to hear a track with Derek. March is the release of Derek’s solo album "Molecular Heinosity" which I have a track on there called "Frozen By Fire" that we co-wrote together. So, those are gonna be the big things man. I’m excited and can’t wait to see what else comes up.

I’d like to thank you for taking the time to talk metal with me Rusty, before we wrap this up do you have any last words for your fans?

Yeah…just…thanks for the support through the years, stay tuned and keep checking back with rustycooley.com for the latest news and updates. 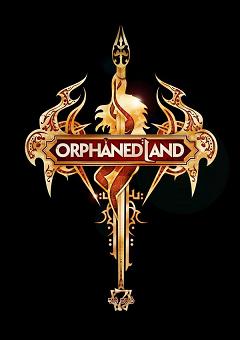 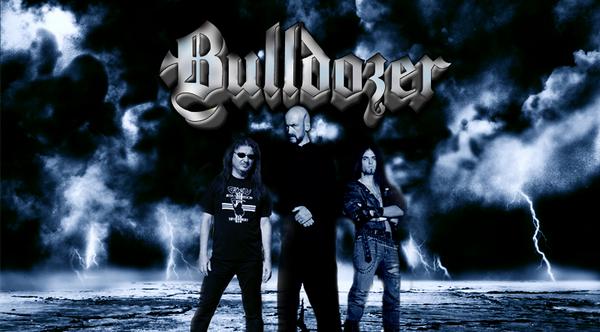 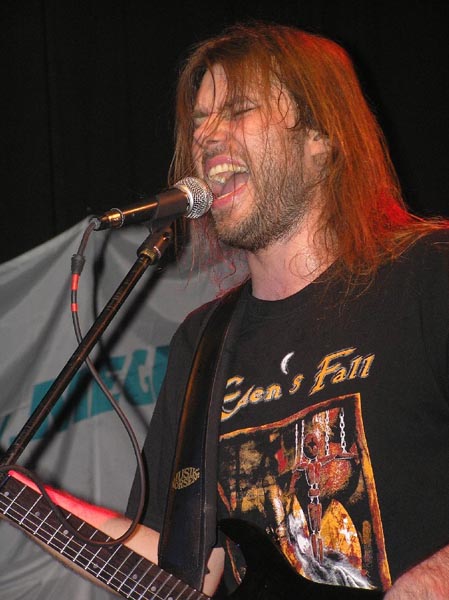 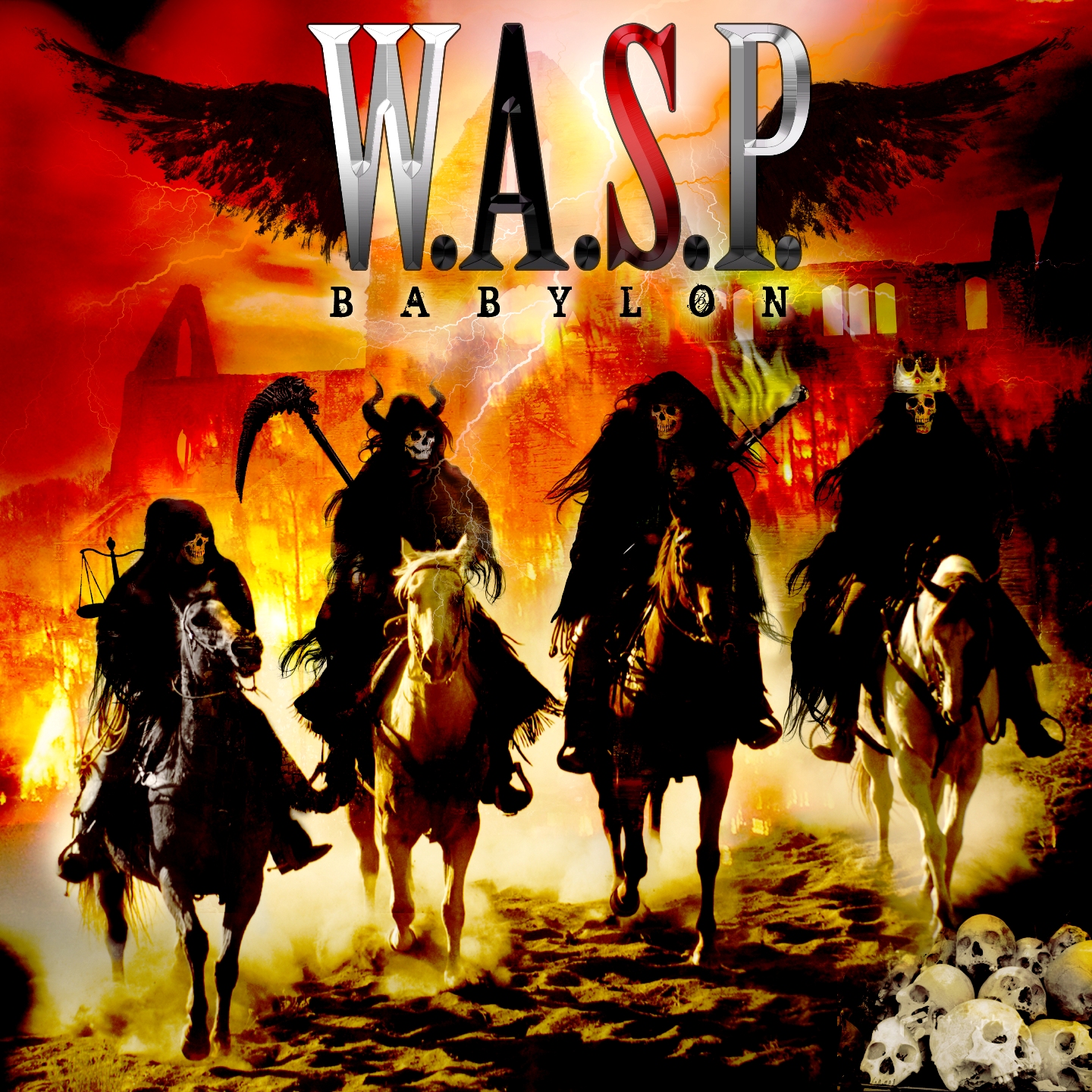