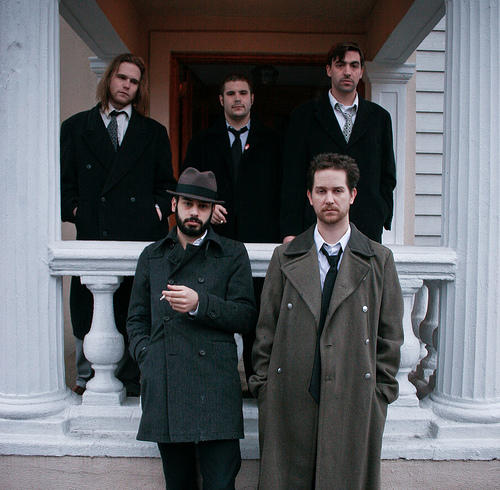 I spoke via email with the members of Flaming Tusk, a metal band from Astoria, New York on their new EP, ABIGAIL, available to download on their myspace site. I had reviewed ABIGAIL and found it a refreshing listen, and when talking to the members of the band, it is clear that they do love their metal and are not short on confidence in the potential of Flaming Tusk. Read on for a quirky and articulate take on themselves and metal in general…

Hi there, hope you guys are well and kicking. We appreciate you taking the time to answer some questions about your band and your EP, ABIGAIL.


There’s very little information about your band on the internet, so give us the a bit of history – where did it all go wrong? How did you get inescapably sucked into this dark hole called metal? Who was/were the founding member(s) and how did it all begin?

We sort of fell into it. Xristophage has been a noted metal scholar for many years now, being long involved in the codification of a single all-encompassing metal tome, the Necromusicon (Ed: A half CD/half essay introduction to heavy metal for his curious friends). He was fucking around on the internet one day and the phrase ‘Flaming Tusk’ entered his head. He thought that sounded pretty badass and so when he saw Don Blood he said, ‘Dude, we should start a metal band called “Flaming Tusk”.’ Don actually decided to take him seriously, despite the notion that X might not have totally thought it through. Don quickly recruited his housemates Zosimus and Schneidaar — strictly speaking Schneidaar recruited himself — and within a couple days we had figured who was going to play what instrument. We had been playing intensively for about a month when we agreed we should get a vocalist, and when Xristophage remembered that one of his oldest friends — indeed, the one who introduced him to metal many years ago — was in fact a master metal vocalist. Stolas Trephinator came to “audition” which is to say, pick up the mic, and start screaming into it, at which point everyone was thoroughly satisfied. What are the backgrounds and musical influences of the other members?

Funny story. 60 years ago an iron worker died in the basement where Flaming Tusk currently practises. His spirit, restless, and seething with resentment towards  the waking world, is the biggest single influence on Flaming Tusk’s music. Xristophage and Stolas have been metalheads since way back, and the rest of the group has extensive musical experience, including various non-metal genres. Collectively they have played or are playing pop/rock, indie-pop, hip-hop, electro-hip-hop, country-rock groups, to various degrees of satisfaction.  Flaming Tusk is a well-oiled metal death machine, and as soon as those members picked up their instruments the metal of a thousand years began to flow out — mostly in the form of copped Metallica, Mastodon, High On Fire and Burzum riffs. Xristophage likes to imagine that Gene Hoglan is his biggest influence. Flaming Tusk plays a customized Secret String Gauge, and Don Blood plays the least metal guitar in America: a cherry-red Fender Stratocaster.

Are roles delineated clearly within the band, ie everyone writing their own parts? How are contributions made? From the press release, it sounds as if Don Blood is the main man, so to speak, but you’re welcome to correct me if I’m wrong.

Our general songwriting process is actually a little looser than that. “26 Legions” and “My Red Sun“ (to be released) were actually written by Xristophage, before the band had formed, and formed the proverbial grain of sand in our metal oyster. After we got those songs together, Don Blood, as lead guitarist, took up the greater majority of the songwriting duties. Most of the songs have been looser collections of riffs or parts, which the band then collectively hammers into shape. For the non-guitar players, everyone writes their own parts; and pretty much everyone also contributes riffs or structural suggestions. Nearly all the lyrics are written by Stolas, often with thematic suggestions from the rest of the band.

What is the origin of and meaning behind the band’s name?

It popped into Xristophage’s head one day, as is his wont (see above). The listener can imagine an actual mammoth tusk — or pair of tusks — on fire, or also a kind of overdone phallic symbol. As you know, my review for ABIGAIL is online. Here’s your chance to reply to any praise or criticism I’ve made, or any points you take issue with.

We actually think your review is pretty right on. It’s definitely true that this record is not super-clear and polished, and some people don’t like that. If a listener is going to balk at a record that doesn’t sound like Nightwish, they shouldn’t be listening to Flaming Tusk. One of the things we were aiming for is to apply the dirt and grime of classic black metal and black-thrash to a more eclectic writing style.  We do have to take one issue, though: how the fuck do you hear The Doors on this record? They didn’t even have a fucking bassist.


The song ‘Abigail’ is probably a reference to the tragic story of Abigail Taylor. What drew you to write a song about it? Was it morbid fascination, a sense of empathy, a desire to make people aware about the dangers of swimming pools? Or perhaps a combination of the three?

You said it right there, man. We pretty much heard about this terrible, tragic, and grisly event, and agreed: that’s pretty fucking metal. All proceeds from the free download of the Abigail EP (available now on the Flaming Tusk website!) will be donated to the Abigail Taylor Foundation For The Advancement Of Pool Safety.


What or who is ‘Ichor’? The song references the Vietnam war – do you consider yourselves a politically aware band, and if so, what are your thoughts on American politics and foreign policy in, say, the last 10-15 years?

Ichor is the the fluid that flows like blood in the veins of the gods. As a band we’re not particularly political, though we all have our own politics. But let’s be honest, your classic Vietnam story is a grand American tradition of really fucking deep down horror. Our opinion of American politics is that everyone is made of meat, and will die one day.


‘I Nap In Blood’ and ’26 Legions’ offer some other lyrical themes, namely gore and Satanism. Any thoughts on either?

1) Gore is cool and 2) Satan is real. They’re two more classic metal tropes, and as a band we delight in the classic themes and aesthetics of metal. We’re not really interested in separating ourselves from the main trunk of metal culture — though we imagine there’s a lot members of that trunk who probably think we’re big fags — and Xristophage’s seminal work, the Necromusicon, is in particular concerned with the essence of what is metal. Musical grossness is perhaps an infinite frontier.


What was the motivation to record the album so organically? What are your thoughts on modern production techniques which compress and boost the fuck out of everything?

We were definitely interested in recording this record for no money. We actually started recording this album as a demo, so we agreed on a simplified, stripped down recording procedure. We had no interest in overworking any of the tracks. When we heard the final mix, we figured it was good enough to call it a proper EP; the aforementioned Nightwish brigade is free to disagree. Don Blood takes a firm position in the Loudness Wars. More dynamic range! More texture! And as previously mentioned, we were more interested in getting some timbre and feeling more interesting, warm, and organic than the compress-and-fuck-boost technique.

What are your hopes for Flaming Tusk? Do you tour locally in the States, or at least in New York?

We are currently geared up to start playing around New York. Any interested parties should contact us at band@flamingtusk.co .


Cheers for answering these questions!

Flaming Tusk can be found at www.myspace.com/flamingtusk 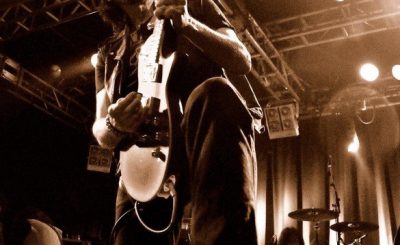 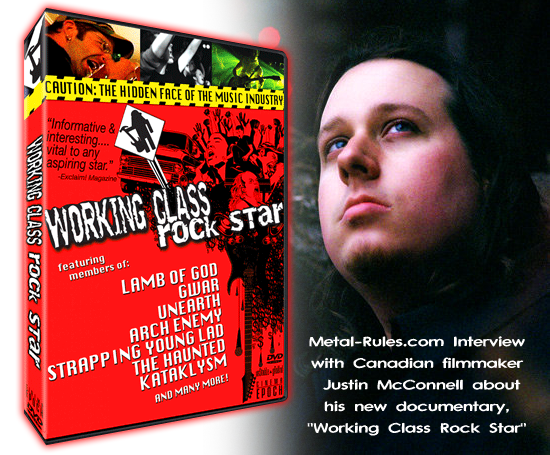 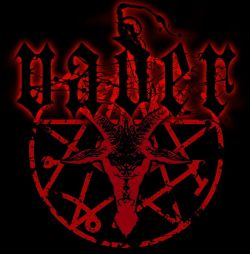