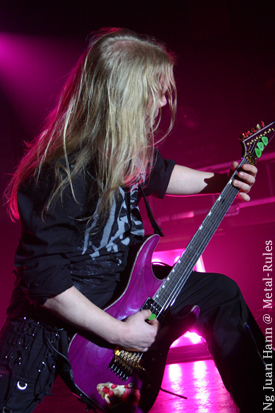 with Grave and Belphegor

All live pics and review by HannTu

What a superb billing! The (almost) perfect combination of bands to showcase the main strands of death metal: the technical American school, represented by Nile, vs the Swedish movement with Grave in its corner. Technicality and brutality on the one hand, dirty moshing and midtempo menace on the other. A match made in heaven, and this was reflected in the crowd; a sold-out Underworld for a death metal gig, on a Friday night when Paradise Lost/Anathema/My Dying Bride were bringing the first wave of British death/doom back to Britain at the Forum in Kentish Town. To many, the choice was simple, but there were equal amounts of people who agonised over which gig to attend. On the night however, the numbers swelling the Underworld reflected how many true death metal fans there are in London, and the people who turned up in the hopes of getting a ticket off the touts were largely left disappointed.

Due to some kerfuffle with the Underworld door staff (cunts!!) and the guest list, I missed both opening acts, Omnium Gatherum and Belphegor. I was really annoyed to have missed Belphegor – having seen them almost steal Vader’s thunder a year ago at the Purple Turtle, I knew this was a live band not to mess about with. I understand they went down a storm and were as entertaining as ever. FUCK!!!

Anyway I made it in just in time for Grave. They don’t mess about either – the whole band screams professionalism. Nothing flashy, nothing flamboyant, just dirty, heavy death riffs with inhuman growls and screams that the Swedes do so well. And those crushing breakdowns!! They played ‘Into The Grave’, ‘Bloodpath’ from their latest album DOMINION VIII, ‘You’ll Never See’ and ‘And Here I Die (Satisfied)’ and (I think) ‘Christi(ns)anity’ and ‘Turning Black’ as well.

I met Ola and Fredrik later while buying some merch, and awesome guys all in all. The gig more than made up for me missing them at Wacken, and I’m sure you death metal nuts don’t need my recommendation for their latest DOMINION VIII. Enter the Grave!

Setlist (incomplete, not in order)

And Here I Die (Satisfied)

It’s all a matter of opinion of course, but if not even one of Nile’s five studio albums are on your list of top 20 death metal albums of all time, well, I don’t really know what to say. Okay the jury might still be out regarding their latest, ITHYPHALLIC, but come on, BLACK SEEDS OF VENGEANCE or ANNIHILATION OF THE WICKED have to be up there somewhere. Cynics and detractors say that their use of Middle-Eastern-sounding scales, and ancient Egyptian subject matter and imagery is just a gimmick to hide what is essentially another dime-a-dozen brutal blasting death metal band. To which I reply with a hearty fuck you. BLACK SEEDS OF VENGEANCE featuring the mighty Derek Roddy, IN THEIR DARKENED SHRINES with Tony Laureano or ANNIHILATION OF THE WICKED with George Kollias – absolutely essential.

Unfortunately, even though Nile were headliners, their first album AMONGST THE CATACOMBS OF NEPHREN-KA was not represented at all. Ah well, the latter four more than made up for it. Classics like ‘Annihilation of the Wicked’, ‘Black Seeds of Vengeance’, ‘Black Flame’, ‘Sarcophagus’, ‘Cast Down The Heretic’ and ‘Unas Slayer of the Gods’ reared their ugly heads with blasting brutality and doom-ridden menace. I really don’t have to mention how amazing every aspect of musicianship was, do I? I think it’s taken for granted, every time a death metal show rolls into town, the performances are pretty much superlative.

The ITHYPHALLIC tunes really don’t sound out of place at all, even though only two were played: ‘Ithyphallic’ and the tongue-twisting ‘Papyrus Containing the Spell to Preserve Its Possessor Against Attacks from He Who Is in the Water’.  But it was ‘Black Seeds of Vengeance’ that got the loudest roar from the assembled death-heads that night. Old is gold.

This was possibly the best death metal line-up in London this year, with incredible performances from both Grave and Nile. The only sour note of the night was after the show, when I asked Karl Sanders if I could have a picture, only to be refused. Dallas Toler-Wade, Ola Lindgren, Fredrik Isaksson and George Kollias were only too pleased to oblige, and the fans made their appreciation known. Unfortunately, Sanders was more interested in his kebab. Anyhow, it was a headbangingly good night of blasting death metal and downright dirty violent moshing!

Cast Down The Heretic

Lashed To The Slave Stick

Annihilation of the Wicked

Unas Slayer of the Gods

Thanks to Karl at Eleven PR for the photo pass, and special thanks to Darren Toms at Candlelight Records. 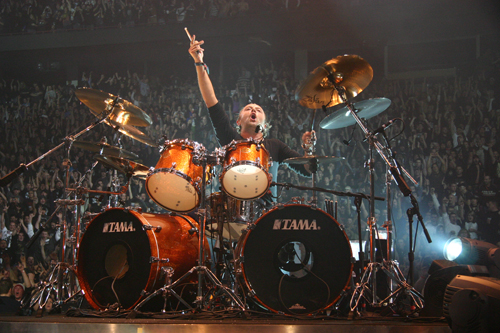 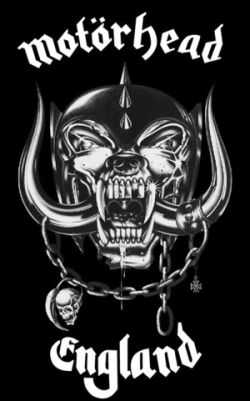 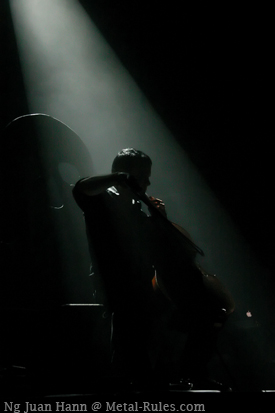 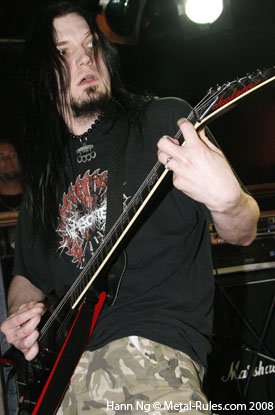 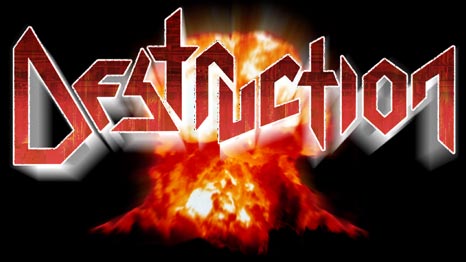