Faceshift is a Swedish act that recently launched their debut album RECONCILE to the world. Petri Tarvainen is one of the guitarists in the band and the victim of this short interview. So, here comes the first interview with Faceshift in metal-rules.com. Enjoy…

Thanks to Black Lodge for the promo pictures of the band

Hello Petri, nice to talk with you, shall we start off and talk about the band. I know few of the members were part of the well known death metal act Eternal Oath, when was EO put to rest and why?

Hello Anders, nice talking to you as well, I guess it was sometime in 2006 that we all started trading riffs for the follow up album to “Wither”. As we began rehearsing the songs as a band, it just somehow never felt right. In that old setting, there was, inevitably, this Death Metal element to it that seemed to drag the songs down, when they were supposed to “take off”. Although our original singer was awesome as a Death/growl vocalist, that just wasn´t what the rest of us were looking for. Since all interest of taking it any further was gone, we called it quits right then and there.

From what I’ve read you started off writing material for a new EO album, how many songs on this album are leftovers from the EO album?

None of the songs actually, “Chokehold” and “Greater than I” has a couple of riffs used from old/new EO-songs. The rest of the material was simply not good enough to use compared with the new stuff that came up.

Who is singer Timo Hovinen? Has he been a part of any well known act before Faceshift?

Timo sung in Amaranth and later Paydirt, where Peter N-E and Peter W was also members. The band is today inactive.

When did you decide to name the band Faceshift, is there any story behind the choice of band-name?

The legacy of Eternal Oath lives on in the riffs and especially in the harmonic guitar parts, as well as in some of the keyboard arrangements, but aside from that, this really is an entirely new band. That´s why we came up with the name Faceshift, it was actually used for a side project earlier, but it just made so much sense for us to use that name for this band instead. (On a separate note, that side project is now called Lies Bleeding, and features Stefan on all instruments and his wife Helene on vocals).

Was it a natural choice to sign on for your previous label Black Lodge? Were you in contact with any other labels before you signed on for BL?

Actually we just carried on where Eternal Oath left off. We still had a contract with Black Lodge and were happy with how they´d promoted the last Eternal Oath album. Chasing a record deal, meeting A & R people etc. is very time and energy consuming, and we really wanted to (ok, here comes the cliché) focus on the music.

I think your music style can be described as a mix of dark/depressive Goth and dark rock, and I can almost here the Scandinavian melancholy in your songs. How would you like to describe what kind of music you play?

The main direction is to have a total mixture of all kinds of harmonics that leads into a certain mood when listening to a Faceshift song. Having equal measures of darkness, combined with “catchy” choruses makes it easy for the listener to grasp the song to it´s mind. Yes i certainly agree that the aim for this state of mind is melancholy and darkness.

There’s no one listed on keyboards but who plays it on the album?

I guess you got the promo package-version and such info is not listed there but on the booklet version. The keyboards are mainly played by Peter, our other guitar player. He did the keyboard arrangements mainly during and after the songwriting sessions. Then Stefan, our drummer, and Staffan the record-engineer also did some tracks.

Who has written the music and lyrics and why did you name the album RECONCILE?

There’s a woman singing on the album, who is she and what has she done before singing with you?

The female voice on the album belongs to Stefan´s wife Helene, who´s as mentioned earlier singer in his side project. She also sung on the Eternal oath album “Wither”.

She used to sing in a band called Endivia which is nowadays put to rest.

What do you think of your cover art-work? Does it mean anything special to you guys in the band?

The cover art-work is just splendid. This piece of masterwork is done by Ted Jonsson (Former drummer of Eternal oath and also mastermind behind all Eternal oath album covers). We gave him a rough mix of the album for him to grasp the feeling of the album and design a cover after that. And the result was just as we wanted it to be. Of course the cover art is important. It illustrates the longtime procedure of hard work when writing and recording a full length album.

We´re pretty sure that this description can lead to negative reactions, but probably mainly for the opposite reason. The true, hardcore Death Metal fans might call us sell outs and accuse us of going soft. We are prepared for such a reaction, something that the title track deals with lyrically. When it comes down to it “Reconcile” has, as mentioned, equal measures of darkness, riff power, “catchy” choruses and melodies which is partly due to the fact that we listen to, and are inspired by, these bands among many others. I just hope that people recognize that these are merely influences, our album does not sound like Linkin Park´s “Hybrid Theory” pt 2.

Would you call Faceshift a metal band?

We all have our roots in metal so yes indeed. We like to modulate it from its origin some times just too hopefully entertain the listener a bit more.

Have you read any reviews of RECONCILE? What has the media to say about the album?

Spontaneously I think it´s unfair when almost all reviewers are comparing Faceshift to Eternal oath. Faceshift is a whole new band and just happens to include members from EO. Of course there can be some similarities in the sound because the band mixture is that way but still it´s a whole new concept and a whole new different direction musically. Therefore critics that have liked Eternal oath doesn´t give Faceshift a chance and rather call us “sell outs” because of the abandonment of death metal. Those critics are hardly constructive. Generally the critics has been mellow, but on the other hand the album has just been released in Sweden and we have only gained critics from Sweden so far, which is probably the hardest country in the world to grow big in with metal due to the huge amounts of metal bands.

Are there any plans on going out on tour now that the album is out?

There are no such plans right in this moment but hopefully a smaller European tour as a support act could be real. We will try to do some gigs here in Sweden (the first one in Stockholm 17/1) and a gig later in spring in Mariehamn.

No, only in Sweden, it will be released in the rest of Europe some time in February and later on in the States.

What has the reaction amongst the EO fans been on Faceshift?

The EO fans like Faceshift. No doubt about that. We have only received good reactions from fans. It´s just the reviewers, as mentioned, that seem to have a hard time about it.

2007 is soon coming to an end, what has been the greatest experience with Faceshift so far? And what is the band up to in 2008?

Well, obviously the greatest experience has already been achieved as we got to record and release this record. It goes without saying that we´d also like to sell a bunch of copies of it…

We´re looking forward to enter the stage to perform the songs how they sound as it´s best: LIVE.

Give three reasons why the readers have run out and buy RECONCILE right now?

1. You are tired of partying and drinking beer to your same record collection over and over again. Try partying to “Reconcile” as an alternation. I can guarantee a newborn party animal.

2. Where´s that complete album containing all the ingredients? I´ll tell ya: it´s in “Reconcile” a complete mixture of metal and singalongheadbangingopportunities.

3.When you´re like 75 and sitting in a wheelchair, you will suddenly recognize the first two reasons mentioned and regret why you didn´t went enough wild and crazy to try “something new” rather than instead buy the new Iron maiden album that (surprise!) sounded just like the one released ten years earlier.(Hmm…Did that make any sense at all?)

Finally, is there anything you’d like to say to the fans and readers out there?

Well thanks a lot to you who took the time to read this interview. I hope you think this band is weird enough to check out, in case you haven´t already heard us. Begin to visit faceshift.se and have a sneak preview of the songs. Step two is to actually buy the album. To all the fans: You´re all the best in this whole entire world.

Thanks a lot for taking the time to answer my questions and good luck in the future.

Actually I should be the one thanking you for doing this interview. Good luck with metal-rules and C YA. 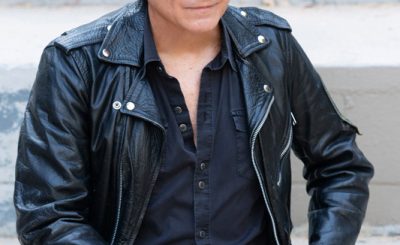 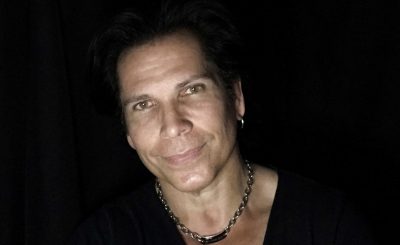 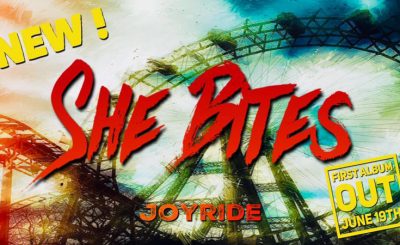 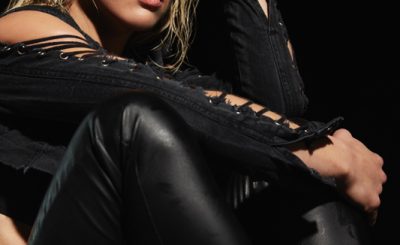