***Review & All Photos By Lord of The Wasteland

I’ll admit, the whole ROCK STAR TV show left a bad taste in my mouth.  INXS, a band whose career peaked in the late eighties and early nineties with albums like KICK and X, suddenly sprang up in 2005 looking for a new vocalist to replace Michael Hutchence, who passed away suddenly in 1997.  Instead of the traditional means, INXS decided to stage the whole thing on television with potential singers auditioning for millions rather than just the five remaining band members.  The fact that INXS released a pair of stinkers in the nineties (1992’s WELCOME TO WHEREVER YOU ARE and 1993’s FULL MOON, DIRTY HEARTS) and nothing since 1997’s moderate return to form, ELEGANTLY WASTED, had me scratching my head as to why anyone would even want to sing with INXS seeming like a logical question.  The band tried to incorporate big name voices like Terence Trent D’Arby and Jimmy Barnes into the fold over the years but what they wanted was a full-time member, a guy to pick up the torch and lead INXS into the 21st century.  Judging on his live performance, the band has found that in Oakville, Ontario native, J.D. Fortune.  Fortune bears zero resemblance to Hutchence physically but once he belts out the INXS classics, he is a dead ringer.  Some may consider this a cheapening of Hutchence’s legacy but the same could be said for Judas Priest who brought on Tim “Ripper” Owens from a Priest cover band to fill the vocalist position.  SWITCH, a new album of Fortune-voiced tunes, was released last year (the album is multi-platinum in Canada) and, judging upon the Vancouver show, it seems the band has risen from the ashes of obscurity to once again fill arenas with hungry INXS fans.

INXS last played in Vancouver just four months ago and sold out the 3,000-seat Queen Elizabeth Theatre in a matter of minutes, so when the 18,000-seat GM Place was announced as the next stop on the band’s North American tour, I expected a half-full (at best) arena.  Instead, the building was stuffed to near-capacity with mostly 25- to 40-year old women, screaming for Fortune.  It may be bittersweet for the rest of the band, who are in their mid-forties but they are no stranger to being overshadowed by a handsome frontman as Michael Hutchence’s poster-boy good looks were all the rage 15-20 years ago.  Let’s be honest, women were probably never drooling over pudgy guitarist/keyboardist Andrew Farris!  Still, for a band whose legacy stretches back over 25 years and eleven albums, it has to be somewhat disheartening to see a crowd of horny women screaming for your youthful new singer rather than the time-tested music but I doubt the rest of INXS will complain at the end of the day as they look out over 15,000 people who paid upwards of $80-100 each for a ticket.

A black curtain enshrouded the stage when a countdown of five minutes was projected on to it causing the throngs to begin to get excited.  Soon after, AC/DC’s “TNT” came blasting out of the sound system and as the clock struck zero, the curtain dropped for INXS.  Behind the band were two giant screens to the sides and a larger projection screen in the middle behind Jon Farris’ drum kit.  As the band came out, Fortune was seen wearing a soft cast on his leg, the result of an injury suffered earlier in the week during a spill on some stairs in Saskatoon.  While his hopping gait was mildly distracting, his tenacity to carry on with the shows must be commended as doctors told him to stay off of the damaged limb.  In true rock star fashion, Fortune denied the medics’ advice and carried onward, doing repeated jumps, spins and running around as if nothing was wrong.  Fortune plays heavily to the female contingent in the crowd, at times walking out to the sides of the stage and shaking hands, singing directly to others and engaging in all the cheesy rock star pomp that comes with the territory.  Ass shake?  Check.  Masturbating the mike stand?  Check.  Shirt unbuttoned to show off hairless, sculpted upper body?  Check.  Yes, Fortune knows how to play the game and his fervent female fanbase are just as guilty for wallowing in it.  Still, the guy has definitely got some pipes and a very pure voice, even in the live setting (it may be well-heeded advice to keep it that way and kick the nicotine habit, J.D.).  His vocals took on a wavering Bowie-esque croon for “Afterglow” and while he does not shy away from the vocal inflections that Hutchence used on his tracks, the singer also isn’t afraid to make a song his own.  Fortune (is the last name any better suited in this circumstance?) ended the show with the statement “I’m so proud to be Canadian.  Follow your dreams,” which is clearly personal since he is now fronting his all-time favourite band.

As for the rest of the members, Kirk Pengilly now bears a striking resemblance to a young Colonel Sanders (yes, the Kentucky Fried Chicken mogul) with his black-rimmed glasses and pointy beard but his saxophone solos and flourishes were pitch perfect on “What You Need” and “Never Tear Us Apart.”  Tim Farris’ lead guitar licks, most notably the intro to “Devil Inside” and “New Sensation,” were certainly highlights of the classic tracks, while Andrew Farris added weight to many of the songs with his keyboard work and the punchy rhythm section of Garry Gary Beers and Jon Farris still drive songs like “Taste It” and “Suicide Blonde.”  Two back-up singers were a perfect accompaniment to Fortune and added just the right R&B touch to “Taste It,” the monster comeback hit “Pretty Vegas” (“an idea that went ka-pow,” according to Fortune) and a stunning rendition of “Amazing Grace.”  Newer tracks like SWITCH’s reggae-infused “Never Let You Go” and the straight-ahead rock of “Perfect Strangers” (performed twice here for a music video shoot and a New Zealand television live broadcast) showcase the other end of Fortune’s vocal spectrum and he is clearly a resilient and versatile performer.

While many “nostalgia” acts are met with a tepid response to new material, the fans seemed to be singing along just as loudly with the SWITCH material as they were with the songs from KICK, LISTEN LIKE THIEVES and X.  The sea of blue cellphone lights from the crowd during “Never Tear Us Apart” has replaced the once ubiquitous vision of cigarette lighters during a rock show ballad but Fortune’s question of “How ya feelin’ now?” (the singer must have uttered this same phrase at least twenty times through the show) was always met with a hearty round of appreciation.  INXS is clearly rejuvenated and inexplicably defied all odds to find themselves selling out stadiums and arenas once again.  The band was also filming for a future DVD, so it seems INXS is here to stay and judging by the Vancouver audience, a lot of people aren’t ready to let them go yet, either.

***Thanks to Jenny and Jamie from House of Blues for the press pass and their help at the show. 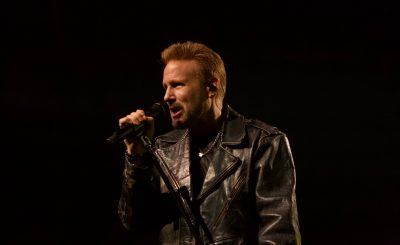 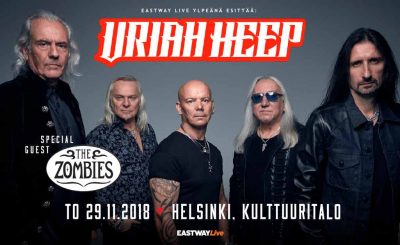 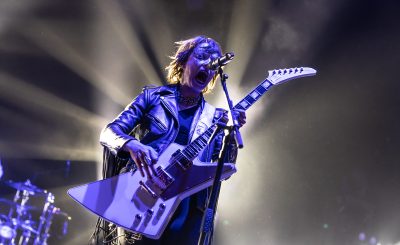 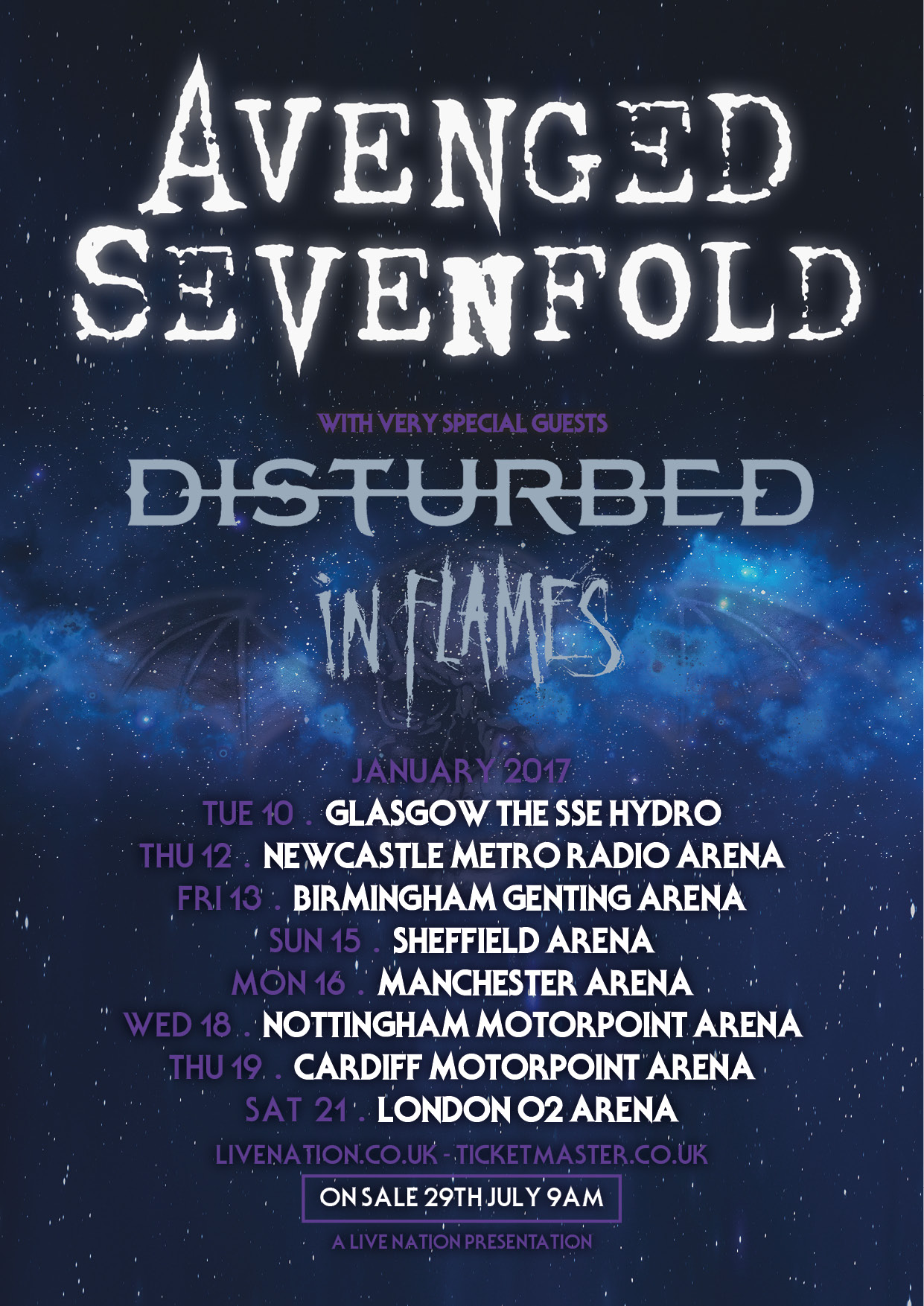