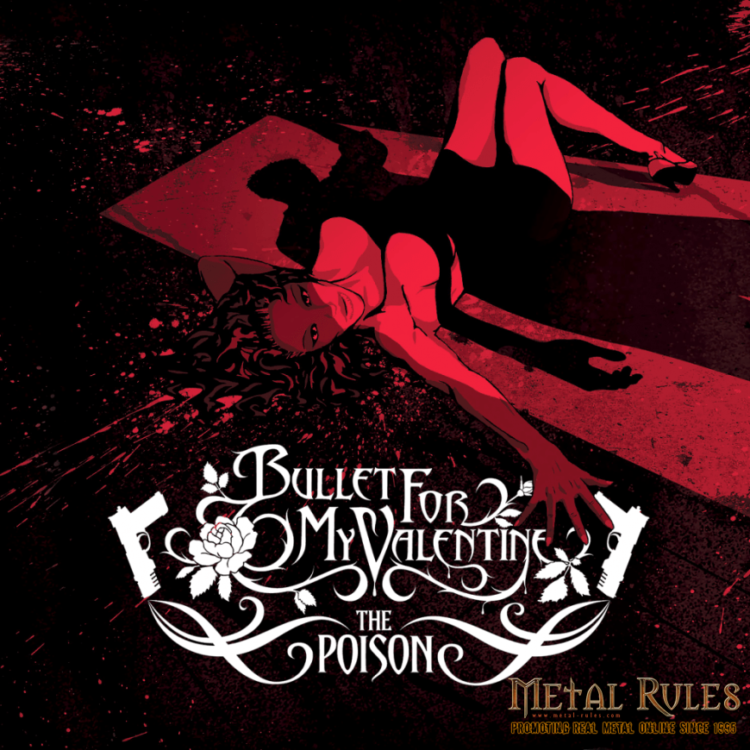 This was probably my first time writing a review about an almost entirely unknown band to me. I had only seen the “Suffocating Under Words of Sorrow” video once from MTV, and I knew that this band was nominated in the best new band category in various magazines. When I was asked to do this review, I hesitated a bit, but after some thinking, I decided to go for it, and here are the results.

Bullet for My Valentine is a brand new band fronted by lead singer-guitarist Matthew Tuck. He and his fellow Bridgend band-mates Michael Padget, Jason James, and Michael Thomas are coming out of Wales like some other more contemporary metal bands like Funeral for a Friend and Lost Prophets, who have already put their marks on the map of the musical galaxy.  Before the show even started, I was impressed when I saw how many people had arrived to see this band. The band’s debut album POISON was released only two weeks ago, but there were roughly over 600 people in the audience. Nosturi’s total capacity is somewhere around 700 people, so this one was almost sold out.

As quickly as things got started, Bullet for My Valentine was on stage, and they were up to play. The show started with “Her Voice Resides,” and the crowd went crazy right from the beginning. Because I was taking photos in the photo pit for the first three songs, I couldn’t see the audience too much, but I heard when the crowd almost over sang over the band, which tells you something.

The band seemed to be in great form, and although they are relatively young guys and haven’t played as many shows as some of their colleagues, it looked like they have been doing this for a long time already. This was funny, but in my opinion lead vocalist, Matt was looking, acting, and sounding like Alexi Laiho from Children of Bodom. Short-haired bassist Jason James was wearing an Iron Maiden t-shirt, which is always positive in my opinion, and he also did some great lead vocals. In contrast, second guitarist Michael Padget stayed more in the shadows, but he did a great job as well.  When I read boys’ biography on the Internet, they mentioned that their most significant influences are Metallica, Testament, and Iron Maiden. Influences from those bands were easy to identify, but, in my opinion, if we furthermore add names like Machine Head, Slipknot, Korn, and Children of Bodom on that list, we are pretty close to the sound of what Bullet for My Valentine sounds like. When the first three songs were gone, I had to leave the photo pit, and I moved more backward to see the band from a different perspective. I moved upstairs and witnessed another surprise of this evening because there was a giant mosh pit in the audience. I don’t mean anything small but something similar to what I have seen lately at Exodus, Anthrax, or Destruction concerts. I also noted was that most of the crowd was young. If I say that average was quickly less than eighteen years, it won’t go wrong too much, but it’s a very positive thing when bands like Bullet for My Valentine seem to have such a good and broad fan base growing right from the beginning.

There were no disappointments with this band. If you’ve heard their records, the live sound lives up to it all; the intensity, the energy, the strong vocals, and the intricate and skillful playing were all heard in their highest quality. Playing a rounded setlist from their debut and some tracks from the first EP, the band made their mark well, and I’m sure that everyone got what they came here to ask for. Because the set was relatively short, only about 60 minutes, I would have liked to hear a cover song or two? How about adding, for example, Metallica, Maiden, or Testament song at the end of the set next time? That will be a great addition. If you have a chance, check this band out!

FOR MORE INFO ABOUR BULLET FOR MY VALENTINE GO TO:

Bullet for My Valentine, Wales