I didn?t know what to expect from the latest Bon Jovi album.  Their last studio release ? ?This Left Feels Right?, which was full of re-recorded, mangled versions of their hits, was just plain awful.  And their previous album ? ?Bounce?, I didn?t like quite as much as the album before that ? ?Crush?.  In my mind, the boys were on a downward spiral since making a successful comeback with 2000?s ?Crush?.

That said, I?ve just finished spinning their latest studio album ? ?Have a Nice Day? ? for the first time, and I have to admit that I am quite relieved.  It is a great album.  Unlike ?Bounce?, which required a couple of listens before I really got a feel for the album and formed an overall opinion about it, this new album only required one listen.  The first thing that stands out after listening to the album once through, is that there is a great variety of songs and tempos on this album, making it really hard to distinguish between ?rock song?, ?ballad?, etc..

Just like ?Crush (their most successful album in the last 9 years), this album begins with the first single ? ?Have a Nice Day? ? a well-crafted radio-friendly song written in typical Bon Jovi fashion ? chinga-chinga verses, catchy choruses, heavy guitars and drums, strong background vocals and a sneering final vocal by Jon.

The next song ? ?I Want to Be Loved? – is yet another formulaic rock song with a catchy chorus.  And so as not to disappoint their long-time fans, Bon Jovi has brought in their long-time ?sixth? member of the band for this song ? the talk box.  Oy ? when will Richie Sambora put this damn thing away?  I can hear him and Jon now:  Jon ? ?Great song, Richie?but it?s missing?something.?  Richie ? ?Hmmm?I know what you mean, Jonny.  Perhaps we could add the talk box to it.?  Give me a break, guys.  Great song, but I?m not sure what the talk box really adds to it.  It was cool when they added it to ?It?s My Life? for that little nostalgic trip 5 years ago, but now?  Not cool.  I?m surprised that the talk box didn?t get a credit on this album.  Then again, I?m surprised that ?hired hand? Hugh McDonald actually got a credit on this album.  There?s not one picture of him anywhere in the album.  Isn?t this guy a full-fledged member of the band yet?  But I digress?

Continuing on with the album, ?Welcome to Wherever You Are? and ?Who Says You Can?t Go Home? are both good, mid-tempo songs with catchy choruses.

?Last Man Standing? is perhaps my least favorite song on the album.  Unlike the other songs, this song does not immediately catch you, even on repeat listens.  The chorus is pretty boring, and the vocals on it are quite annoying.  And the lyrics are pretty bad as well ? ?It might change the way you think?There?s no dancers, there?s no diamonds?No, this boy don?t lip sync?, and ?So keep your pseudo-punk, hip-hop, pop-rock junk? are just some of the nuggets contained therein.

?Bells of Freedom? is the first ?power ballad? on the album, if you can label it as such.  It is not a love song, and it?s certainly not a sappy ballad either.  In fact, after listening to the entire album, there is no real derivative ballad on this album, which is a welcome thing, especially for a band like Bon Jovi who are almost expected to include sappy ballads on their albums.

?Wildflower? is a great, epic-style song, similar in vein to ?Dry County?.  I love the combination of piano, acoustic guitar and strings on this song.

?Last Cigarette? has some pretty cheesy lyrics, but does add some cool Beach Boys-style harmonies about ? of the way through the song.  It caught me a bit off-guard, but was nice to hear.  I can?t recall hearing harmonies quite like this on any other Bon Jovi record.  Great to hear the boys having some fun with this song.

?Story of My Life? sounds, oddly enough, like a rip-off of Poison?s ?Talk Dirty to Me? (I can?t believe I?m making this comparison).  If you don?t believe me, listen at the beginning of the song when Jon sings: ?Yesterday?s a memory?another page of history?? or ?Tripping over my own feet?tryin? to walk to my own beat?, and try not to keep yourself from singing ?I never ever stay out late?you know that I can hardly wait?.  Oy.  I?ve ruined this song for myself and probably for everyone else.  My apologies.

The album ends with a duet between Jon and country artist Jennifer Nettles on ?Who Says You Can?t Go Home?.  What the Hell?  What were the guys thinking?  I?m all for ballads, but on this one they countrify an otherwise good song.  It?s bad enough that we have to hear a song twice on one album, but inexcusable that we have to hear it as a country song.  Who do they think they are?  Shania Twain?  Give me a break.  I still can?t figure this one out?

Bottom line ? Bon Jovi, on this album demonstrate why they are still relevant after 20 years and are still selling out stadiums when they go on tour.  The musicianship is as good as ever ? Richie Sambora still plays some great guitar solos, and Tico Torres is a driving, solid force behind this band.  Although there are some missteps (see above comments), overall, it?s a great album. 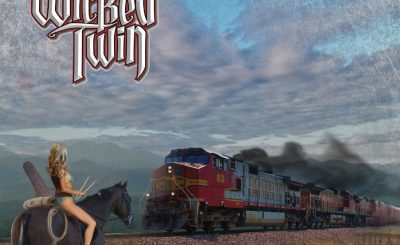 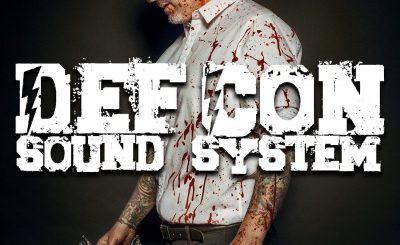