Here comes an interview with Danny Vaughn, ex-Tyketto singer, who has currently released an album with the project ?From The Inside?. I asked Danny some questions about the project, himself, and his current label Frontiers.

What do you think of what Tyketto achieved if you look back on it today?

Time tends to change your perspective. Over the years I can remember feeling resentment at how close Tyketto seemed to come to major stardom and then the bottom dropped out. If I had a penny for every person that has told me that they can’t understand why “Don’t Come Easy” wasn’t a platinum album, I would be very wealthy, indeed. But, these days I have come to realize how incredibly fortunate I was to get as far as I did. The fact that I can still tour, that I can still sing and people come to hear it, these are blessings that I have learned never to take lightly.

Why did Tyketto break up?

I left Tyketto at the end of 1995 because it had all got too hard for me. I was disgusted with the music industry; it was heartbreaking to go back to venues that we had filled the year before and only seeing half the amount of people turning out. It got to be something I dreaded rather than looked forward to. It was very difficult to watch all our hard work go down the drain simply because the fashion had changed.

What album with Tyketto is your favorite one today?

I don’t have any favorites, songs or albums. It would be like picking a favorite child. They all have special meanings for you.

What did you do after the Tyketto years?

Initially, I did a really fun blues rock album. The band was called “Flesh & Blood” and the album was called “Blues For Daze”. It was one of my favorite things that I have done. After that I gave up on music for a few years. Eventually, I came back in 2001 with the first Vaughn album “Soldiers And Sailors On Riverside” and I have tried to get busier each year since then.

Why did you choose to re-unite under the name the Vaughn Project instead of continuing as Tyketto?

The band that recorded “Soldiers And Sailors” was not Tyketto. The songs were almost completely mine and I knew what I wanted to make production wise. I would never be one of those bands that use their old name but only have one original member in it. That’s why we have waited this long. The Tyketto reunion tour is a complete reunion of all 4 original members from “Don’t Come Easy”.

What do you think of the Vaughn albums “SOLDIERS AND SAILORS ON THE RIVERSIDE” and “FEARLESS” today?

“Today”? Geez, it hasn’t been THAT long – only a couple of years! I love them both very much. I’m extremely proud of every song, and of all the performance on them.

They didn’t do so well out in the stores, were you disappointed about that?

Of course I was!

How did you end up in this project?

Serafino at Frontiers knew that I was unhappy with the record label that I was on with Vaughn and he approached me with the idea to do an outside project on his label. His timing was perfect as I had already said “good-bye” to my old label without being completely certain where I would go next.

You are described in the info provided as one of the hottest vocalists in melodic rock nowadays, what do you think of that description?

Well, you have to have good hype in your press releases don’t you? I don’t know if I’m “hot” or not. I’m certainly trying to be.

Where is From the Inside recorded?

The musical tracks were recorded in Los Angeles and I did all of my vocals from my apartment in Nashville, Tennessee.

How long did it take to write and record it?

From The Inside, is a collection of songs that mostly come from outside writers, so the really time consuming part was to carefully pick the songs we wanted to do and then make new, more rock and roll arrangements out of them. Once we had it all planned out, the recording part was quick and easy.

Who has written the music and lyrics?

As I said, all the songs have different writers. For myself, I contributed 2 songs of my own, “Blessing In Disguise”, and “Is There Anybody Watching Me”?. I also wrote the lyrics for 2 other songs, “Nothing At All” and “Always”. You’ll have to look at the album for all the other writing credits, but there are some great writers involved.

Are the lyrics about anything special? If so what?

I like to let the listener decide what they are about.

How was it to work with the producer Fabrizio V.Zee Grossi?

It was a very good experience. He was very patient with me. I had a number of worries about doing a record in the way that we did. I usually have a lot more control over how things are going to sound and be arranged, mixed, etc. But we talked quite a lot about what we both wanted to achieve and he was always listening and then would come back with his own views. That’s the best way to work with a producer. Some of them just do things their own way regardless of what you want, but it felt like a real partnership with Fabrizio.

In the info note it says that you were kind of nervous regarding to appear on From the Inside, how come?

It was something very new to take other people’s songs and try to make them sound like we wanted them to sound. Many of the original versions of these songs weren’t very rock and roll sounding. I was concerned about whether we could make a cohesive sounding recording and still stay somewhat true to the original concepts of the writers. But it was a real challenge and that made it something to really be enjoyed.

Is From the Inside a band or a project?

Definitely a project, there are no plans to do any touring behind it as yet. On the next Vaughn tour, though, I’m sure that I will perform a couple of these songs.

Are you satisfied with your effort on the record?

Yes, I’m quite pleased. And especially happy about what the reviews have been saying. It shows that album quality vocals can be done in home studios if you know how to do them. And that’s encouraging to a lot of musicians out there (myself included) that can’t afford to do their stuff in big, expensive studios.

Are there any plans on going out on the road in the near future?

The Tyketto reunion tour is playing for 3 weeks in November through England and some of Europe. After that, I don’t have any touring plans as yet.

Do you know if there are any plans on doing a follow up album?

My next plan is to record another Vaughn album for 2005. However, there has been some talk of doing another “From The Inside” if this one does well – perhaps in 2006.

Do you think that the old Tyketto fans are going to like From the Inside?

So far I would say that they unanimously do! The reaction has been overwhelming.

The info provided also describes this as melodic rock but I would rather describe it as melodic hard rock combined with melodic rock, how would you define your music?

Ah, you’ll get me into trouble there. I resist all of those labels. I think we have a tendency to compartmentalize things so much that we feel the need to come up with groups, sub groups, titles within titles, etc. Can’t it all be rock and roll?

Do you have any favorite track on the new album?

It depends on what day it is. If you forced me to answer I would have to say “Beautiful Good-bye” since that is the song that first made me want to do this project. It’s a real “singer’s song” where I got to pull out all the stops and show what I can do. I think it came out very powerful and emotional.

I’ve read that you also playing guitar on the record, on which song?

I didn’t play very much; I just added some acoustic bits here and there – mostly on my own songs.

Did you know the other musicians in From the Inside before? How was it to work with them?

I never me them, Fabrizio put the players together in Los Angeles and recorded all the music there. I would listen to the rough takes and send him my ideas for any changes or improvements, but I wasn’t even in the same state when they were recording. They did one hell of a job, though.

How have the media and fans receive the album?

So far everyone has been extremely positive and supportive.

What do you think of the cover of the album? Are you satisfied with it?

Yes, I think the people at Frontiers did a great job. I was involved in it a little. There were certain things that I went over the art director with, but they did all the real work – a great job.

Are you still going to release albums in the future do you think?

Until the day I die!

Are you eager to go out on the road?

Yes, I have always loved touring. It’s when you really get to see the faces of the people that support you.

How has the co-operation with Frontiers gone so far?

They have been fantastic. I hope to continue working with them in the future.

Is there anything you would like to say to the fans?

Thank you so much for continuing to listen to what I try to do and for everyone that writes into my web site, www.vaughn.de with their comments and feelings. It helps me so much to get feedback from the people that are listening. These days, if you are in this business at the level that I am, each and every person is important. You can never get to speak to, or write to everyone, but it’s important to try.

Thanks for taking the time to answer my questions.

Thank you very much. I hope that I’ll get to expand my touring to Sweden and Scandinavia in the near future.

CD review for ?From the inside featuring Danny Vaughn?
will be online in Metal Rules this week. 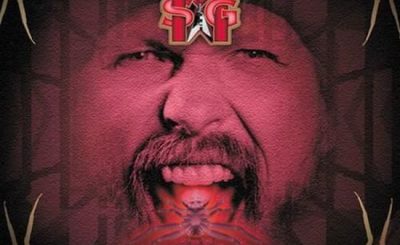