While supporting their new release Debase have played a number of shows and festivals throughout Sweden. The album they are supporting is their third one called UNLEASHED that was released in February this year.

This Monday evening at Bastionen was totally dedicated to hardrock and the bands who performed on the two stages were The Forsaken, Evergrey, Totalt J?vla M?rker (Total Fucking Darkness), Naglfar (who replaced Soilwork) and Misteltein. The set up for the band felt very weird as Debase, The Forsaken and TJM played on the smaller stage and on the bigger stage the rest of the  bands. Maybe Debase and The Forsaken should have played on the bigger stage. The schedule was so tight that the bands playing time went in to each other’s so when one band went off stage the other band had already begun to play on the other stage. That was very frustrating ’cause you didn’t have time to relax and reflect on what you’ve just saw.

When I arrived with Debase there was great confusion, nothing was ready and it all got worse when a constant rain began to fell. They hardly got time to do any soundcheck it was just to put the stuff up on stage and when the other guys took care of that I got the chance to have a chat with the singer Michael. Check out the interview with him .

For some strange reason Debase was scheduled to kick off this evening. Even though they have released three albums and Misteltein haven’t released anything as far as I know so personally I think that Malm?’s metal icons should play on the bigger stage. After all they have been support to Entombed, Paradise Lost, Face Down, Alice Cooper, Annihilator and Seven Witches.

At 6pm the intro began and the guys entered the stage. The brave souls who conquered the rain got to see the heroes of Malm? for exactly 30 minutes. During that time they did 6 songs from the new album and that’s only because lack of time. Because of this Michael didn’t do much talking between the songs. He mostly introduced the next song and returned to the fact that Debase wanted to give so much more to the crowd than only 30 min. The lack of time depended on the strange play schedule. If you wanted to hear more Debase metal you should buy their new album he said. They dedicated the song “ELECTED” to the brave and big audience and also to the local soccer team Malm? FF who everybody in the band are loyal fans of.

The short and rainy show kicked off with “PLEASURDOME” and some other songs they did were “HOLY CARAVAN”, “ELECTED” and “SYMPHONY FOR THE UNHOLY”.

Even though the stage was really small Michael and the two guitarists Jonas and Sigge were all over it. Even Johan the drummer did an appearance at the front in order to get the crowd going. Debase is a very well oiled touring machine who are extremely tight on stage and  have incredible teamwork which they have worked very hard on to achieve. They didn’t have much stuff with them on stage besides the backdrop with the band name and two flags with the MFF logo.

Sigge and Jonas combine with each other extremely well and even though I’ve said it before it’s worth mentioning again, Johan is one of the up-coming drum-demons in Sweden today. Michael is an excellent frontman and singer and his voice capacity has grown even more (if that’s possible).

Something that struck me when I watched them was that they sound harder and rawer live as compared to their album. Since the album was released in February, I’ve seen them live a few times and it has always sounded harder live. Everyone who’s into real heavy metal should definitely buy “UNLEASHED” and check out their stunning Debase metal.

As I said I’ve seen them numerous of times and they never do a bad show. Even though the terrible weather they totally crushed on stage, they delivered Debase metal of highest quality.

The guys have fought a long time for this and they deserve all the success they can get, they really are worthy of make it to the top.

Johan threw out a drum skin which was caught by a kid and after the show he went up to Johan and asked him to sign it, and even though they all was busy to load everything off stage he took the time to sign it. Debase are real friendly and kind to all who comes up and what to change a few words with them. Some rest after the show wasn’t to talk about, when Debase loaded off The Forsaken stood and waited for their turn and directly after Debases show it was Evergrey’s turn to continue this hardrock evening on the other stage from Bastionen.

Thanks to all of the guys in Debase for their kindness of letting me take pictures at the show and all the kindness through the years. 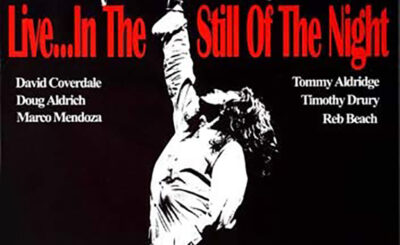 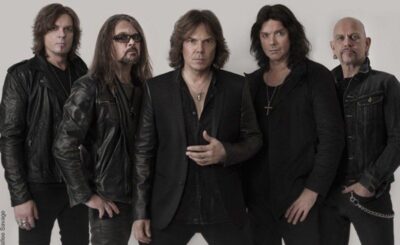